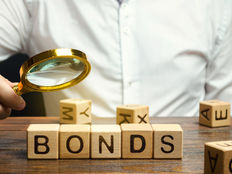 Be Active With Value as Economy Rebounds

Historically, cyclical stocks lag when the economy falters or is in recession and leads when recession conditions ebb. This time around, it could be value stocks that lead the way.

At least that’s the view of Goldman Sachs and if it proves accurate, it could benefit some new actively managed ETFs, including the Fidelity Blue Chip Value ETF (FBCV B).

“Value shares are a better way to bet on a Covid-19 vaccine than cyclical stocks, even though the latter have gained favor for capturing the trade, according to Goldman Sachs Group Inc.,” reports Joanna Ossinger for Bloomberg.

FBCV is one of the initial trios of active non-transparent ETFs (ANTs) Fidelity launched three months ago, bringing the cache of one of the largest mutual and index fund issuers to this nifty new fund structure.

FBCV will normally invest primarily in equity securities of companies that the Adviser believes are undervalued in the marketplace in relation to factors such as assets, sales, earnings, growth potential, or cash flow, or in relation to securities of other companies in the same industry (stocks of these companies are often called “value” stocks). The Adviser normally invests at least 80% of the fund’s assets in blue chip companies (companies that, in FMR’s view, are well-known, well-established, and well-capitalized), which generally have large or medium market capitalizations.

“Value shares beat their growth counterparts by more than 3 percentage points over the Aug. 22 to Sept. 8 period, when the chances of a vaccine available by the first quarter of 2021 jumped to about 70% from around 40%, Goldman strategists led by David Kostin wrote in a note Friday. Cyclical shares underperformed defensive ones, they said,” according to Bloomberg.

Value fans believe this time may be different for value stocks, pointing to improving measures of investment sentiment, abating fears of a recession, rebounding corporate profits, and lessening trade tensions between the U.S. and China. Furthermore, value stocks are now trading at some of their most attractive prices in years as the growth/value gap is as wide as it’s been in decades.

What makes FBCV, the Fidelity ANT, relevant today is that approaches to value are changing. Additionally, as an actively managed product, FBCV can skirt lagging sectors, such as energy and financial services, that are often hallmarks of index-based value strategies.