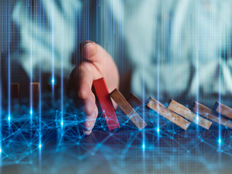 The fund industry has a long history of disruption and much have it has worked in favor of advisors and investors. For decades, actively managed mutual funds ruled the roost, but index funds would later provide disruption in the form of cost efficiencies.

Starting in the 1990s and accelerating this century, ETFs married the cost effectiveness of index funds and the liquidity of stocks. Trillions of dollars later, it’s fair to say ETFs are one of the most positively disruptive financial instruments of all time.

Time will tell if active non-transparent ETFs (ANTs) follows a similar path, but at the very least, the stage is set for these new products to change how to fund users think about active management and daily fund liquidity.

One way of looking at ANTs is that this category is a new fund “technology.” ANTs represent the best of both world’s ideas: the advantages of active management with the liquidity and tradability of ETFs, something that long eluded the actively managed mutual fund industry.

The Future is Here

“Most portfolio managers understandably do not want to give away their intellectual property and insight into their methodologies, the primary source of their livelihood,” according to Pensions & Investments. “Semi-transparent or non-transparent ETFs, approved in concept and structure last year, may change that paradigm.”

Count Alger, American Century, Clearbridge and Fidelity among the fund giants that have already brought ANTs to market, some of which are rapidly catching on with advisors.

“Still, advisors want to try out these products, according to Broadridge research, which reports that 83% of advisors want their favorite mutual fund to introduce an active ETF product,” reports Financial Planning. “The research indicates what lies ahead for non-transparent ETFs, which are the newest iteration of a fund whose popularity has soared over the last decade. ETFs surpassed $4 trillion in assets last year, and their low-cost and tax-efficient advantages have put pressure on active managers.”

For more news and strategy on active ETFs, visit our Active ETF Channel.