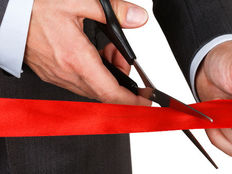 The world of actively managed exchange traded funds continues luring some of the biggest names from the traditional mutual funds industry. Mario Gabelli’s GAMCO investments could join that group.

In a recent filing with the Securities and Exchange Commission (SEC), GAMCO revealed plans for a variety of active ETFs that don’t reveal holdings on a daily basis. The filing indicates the Connecticut-based firm could issue as many as eight of these products.

The idea of funds using the ETF wrapper where holdings aren’t published every day is proving attractive to other big name issuers. For example, BlackRock Inc. has filed to use the structure after the funds debuted in April. JPMorgan Chase & Co. is also working on its own active non-transparent ETFs and projects the non-transparent ETF industry could ultimately command over $7 trillion in assets as more traditional fund managers transition over to the efficient ETF structure.

Among the new ETFs proposed by GAMCO is the Gabelli Growth Innovators ETF.

“The Fund will primarily invest in common stocks of companies that are relevant to the Fund’s investment theme of innovation,” according to the filing. “The Adviser defines “innovation” as the introduction of new technologies, products or services that redefines how businesses operate. The Fund seeks to invest in companies whose prospects for earnings growth remain undervalued. The Fund may also invest in foreign securities by investing in American Depositary Receipts. The Adviser will sell any Fund investments that lose their perceived value when compared with other investment alternatives in the judgment of the portfolio managers.”

The new ETF wrapper offers the best of both traditional active equity and ETF worlds, highlighting value add through the alpha potential of active management, access to a growing array of active equity strategies, the advantages of the more efficient ETF structure, and the additional choice of structures that meet investor needs.