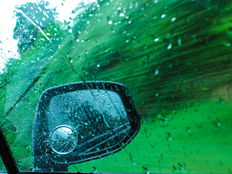 A Blindspot in the Growing ESG Investment Theme

Investments that back environmental, social, and governance principles may be exacerbating inequality in some areas of society.

“ESG funds are unconsciously worsening the social and political crisis associated with automation, inequality and monopolistic concentration,” Vincent Deluard, global macro strategist at StoneX, told the FT. “I doubt that the unfolding crises of the 2020s can be averted if the ESG movement’s ultimate effect is to funnel more money into tax-avoiding tech monopolies, pharmaceutical giants with few workers, and financial networks.”

“Despite its noble goal, ESG investing unintendedly spreads the greatest illnesses of post-industrial economies. As ESG ratings increasingly determine the allocation of capital, we must pay attention to the kind of companies they reward,” Deluard added.

“There is an almost perfect inverse relation between companies’ ESG ratings and their effective tax rate,” Deluard said.

He attributed the disparity to sectoral effects such as the heavy tilt toward technology names, which take advantage of tax regimes between the countries in which they operate in, reduce their tax liabilities by transferring pricing, and enjoy significant intangible assets, which they can capitalize on in favorable tax jurisdictions.

“Big tech’s profits are so massive that a small increase in tax compliance would do more social good than all the remarkable initiatives touted in their glossy corporate social responsibility reports,” according to Deluard.

Deluard also believes that the growth of the ESG theme will also be the detriment of human capital or labor intensive companies. For instance, the average ‘virtuous’ company has 20% fewer employees than the median Russell 3,000 company, despite having larger market capitalization than the average S&P 500 stock.

Last year, “the best [investment] strategy would have been to do exactly what ESG ETFs unconsciously do: sell companies with lots of employees and buy ones with lots of robots, patents and intellectual property," Deluard said.

“Companies with no employees do not have strikes or problems with their unions. There is no gender pay gap when production is completed by robots and algorithms,” he added.