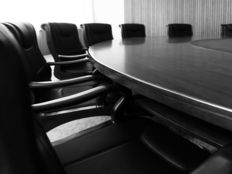 It has been a record-setting year for environmental, social, and governance proposals as proxy voters have pushed more companies to address sustainability issues.

According to the Proxy Review, there have been 34 majority votes for ESG proposals so far in 2021, which is already outpacing last year’s record of 21. More are expected by year’s end.

In 2020, only two votes broke 70%, while 17 have already broken the threshold so far this year. Additionally, eight were in the 80% range and six enjoyed more than 90% support. Four of the six that saw over 90% were also supported by management, a first for U.S. environmental and social resolutions. While other high-scoring proposals were opposed by management, the proposals still saw huge support.

“The slew of majority votes suggests investors at large see ESG as material,” Heidi Welsh, Executive Director of the Sustainable Investments Institute (Si2) and co-author of Proxy Preview, said in the note. “Evidence from the financial markets seems to contradict the intent of new SEC rules that will make it harder to file and resubmit shareholder proposals in 2022.”

Proposals on the ways in which companies influence political systems made up the majority at 14. Eight climate change proposals enjoyed over 50% approvals and resulted in the two highest votes of the year. The national debate over racial justice was also reflected in proxy season, with more proposals about diversity in the workplace, executive suite, and on boards, with nine majorities. Other proposals included coronavirus pandemic safety, sexual harassment, and racial justice.

“Looking ahead, the question now is how companies will implement changes to their policies and practices in response to these high votes, and how investors respond if they don’t,” Andrew Behar, CEO of As You Sow and report publisher, said in the note. “This year we saw three out of four dissident directors elected at ExxonMobil after shareholders lost patience with its inaction on climate change. All boards have been put on notice this could happen to them.”