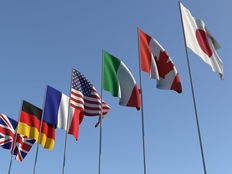 The Group of Seven has pledged to raise contributions to $100 billion per year among rich, developed countries to aid their poorer world neighbors reduce carbon emissions and better-deal with global warming.

The seven nations, including the United States, Britain, Canada, France, Germany, Italy, and Japan, reaffirmed their pledge to “jointly mobilize $100 billion per year from public and private sources, through to 2025.”

“Towards this end, we commit to each increase and improve our overall international public climate finance contributions for this period and call on other developed countries to join and enhance their contributions to this effort,” according to the G-7 communique.

Boris Johnson, Prime Minister of the United Kingdom and host of the gathering in southwest England, stated that developed nations had to move further, faster.

“G7 countries account for 20% of global carbon emissions, and we were clear this weekend that action has to start with us,” Johnson said as the summit concluded.

“And while it’s fantastic that every one of the G7 countries has pledged to wipe out our contributions to climate change, we need to make sure we’re achieving that as fast as we can and helping developing countries at the same time.”

However, more staunch green advocates warned that the G-7 promises made in the summit’s final communique lacked details, and that the developed countries should be more aggressive in their financial commitments.

“We had hoped that the leaders of the world’s richest nations would come away from this week having put their money their mouth is,” Pettengell told Reuters.