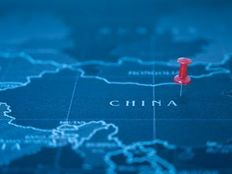 Call on KALL for China Rebound

At the moment, many global market participants see a minefield when it comes to Chinese equities and while the green light to buy probably hasn’t emerged as of yet, that doesn’t mean investors should outright ignore the asset class.

Those looking to position for a possible rebound by equities in the world’s second-largest economy while taking a pass on stock picking – perhaps a sound strategy in the current environment – can consider various China exchange traded funds. Over time, the KraneShares MSCI All China Index ETF (KALL A-) could prove to be a hidden gem of the China ETF group.

KALL follows the MSCI China All Shares Index, which includes stocks trading in Hong Kong, mainland China, and the U.S. The ETF is home to 257 stocks, indicating it offers investors the benefit of a comprehensive lineup. That could be a useful trait at a time when some experts believe the worst news in terms of Chinese earnings estimates is in the rearview mirror.

“Because at the moment we already have moved away from four consecutive quarters of earnings downgrades already. So a lot of that expectation, I think is already in the price right now. And then technically, at this stage, actually entering into the second half (of the year), the comparisons become more favourable. Because last year, for China’s economy, the recovery momentum had just started to lose steam around this time of the year. So actually the setup on the technical front is getting a bit more favourable at the moment,” notes David Choa, BNP Paribas head of greater China equities.

Potentially boding well for KALL are the points that China isn’t experiencing inflationary conditions on par with the U.S. and valuations are attractive.

“In terms of the two (factors) more in play in the external world, firstly, inflation is not so much a factor in play in China. So thinking about risk diversification, actually China provides a pretty good angle,” adds Choa. “And then from the reward side, as I mentioned, actually, even though we know of all the challenges faced by the Chinese economy, but actually if we really looked at the price, the valuation versus growth is still one of the most favorable compared to other markets.”

KALL, which turns eight years old in February, allocates over a third of its weight to consumer cyclical and communication services stocks. The fund offsets some of the risk associated with those sectors with a more than 27% combined weight to financial services and healthcare equities.