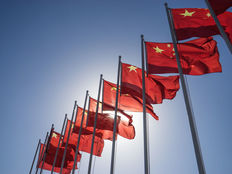 China has been increasingly pushing to be self-reliant in several industries as President Xi works to build independence internally for the country. Foreign investors and companies are often split on if it is a boon to operations or a drawback with long-reaching consequences.

Two reports were released that highlight the vast divide in perspective by foreign entities that do business with or inside China, reports The New York Times.

The European Union Chamber of Commerce in China believes that China’s manufacturing subsidization of industries such as commercial aircraft, semiconductors, electric cars, and other areas could ultimately discourage foreign investment. They also argued that China is spending a lot of capital just to develop products that could be acquired elsewhere for less.

On the flip side, the American Chamber of Commerce in Shanghai surveyed its members and found that fully a third believed that the work towards self-reliance by China would bring profits and revenue. What’s more, hardly any members believed that it would be at a cost to American investment.

American businesses that have operations in China currently have no plans to move back, believing that China’s approach is one that allows for them to do more business with Chinese customers.

“This gives them a short-term focus that serves them poorly when looking at a market like China,” said Ker Gibbs, the president of the American Chamber of Commerce in Shanghai. “They are right to focus on market growth and opportunities, but China’s push for self-reliance could limit opportunities in the long term.”

China’s core economy shows the potential for increasing growth as more businesses develop from within the country as China becomes more self-reliant. KBA invests in the fundamentals in mainland China, something that KraneShares believes continues to be strong.

The ETF captures mid-cap and large-cap representation of Chinese equities listed on the Shenzhen and Shanghai Stock Exchanges, which have been historically closed to U.S. investors. At $760 million in assets under management, KBA remains the largest MSCI-linked China A-share ETF available in the U.S.

Holdings in KBA include Kweichow Moutai, a major alcohol producer in China, at 4.80%; Contemporary Amperex Technology, a Chinese battery manufacturer at 2.68%; and China Merchants Bank, the first share-holder commercial bank that is entirely owned by corporate legal groups in China at 2.46%.