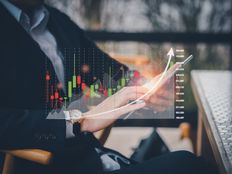 How to Invest in Slower Growth with BNDD

We might be edging closer to a post-pandemic world, but the other side looks fairly inward turning as countries focus on combating debt, declining productivity, and depopulation within their borders. All this amounts to slowing growth, particularly in countries where inflation is soaring such as the U.S., writes Ruchir Sharma, chair of Rockefeller International, in an article for Financial Times.

Pandemic recovery was initially hoped to be a robust and invigorating wave that carried the economy and markets to new highs, and while that surge might have happened briefly, largely recovery has languished as continued waves of new COVID-19 variants swept around the globe. Now, with Omicron still impacting many countries even as it recedes, economists are once more eyeing the potential for a rebound while dealing with the very large hurdle of inflation in the U.S.

Supply chain issues and labor shortages have caused a drive for greater self-sufficiency as deglobalization pressures mount in the third year of the pandemic.

“As governments spent heavily to counter national lockdowns, debt levels hit new highs. But now, as interest rates head higher, borrowers of all kinds will be reluctant to take on more debt to fuel growth,” writes Sharma. “The deepening impact of the four Ds (deglobalization, debt, declining productivity, and depopulation) suggests the trend towards slower growth will continue.”

Advisors are increasingly recognizing that the economic growth and productivity enjoyed in the last decade are winding down, and have begun allocating into funds that are positioned better for slower growth. The Quadratic Deflation ETF (BNDD C+) is offered by KFA Funds, a KraneShares company, and is a fixed income, ESG-focused, actively managed ETF that seeks to benefit from lower growth, a reduction in the spread between short- and long-term interest rates, deflation, and lower or negative long-term interest rates.

BNDD has brought in net flows of $59.15 million since January 1, 2022, and continues to experience inflows as advisors position their portfolios for a different economic and market outlook.