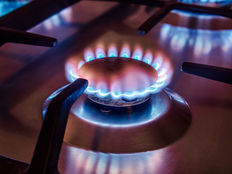 It Could Be An Expensive Winter for Natural Gas

Global supply of natural gas has been at some of its lowest reserves thanks to a year of historic weather events, from freezing, to drought, to hurricanes, and natural gas prices are already surging. With winter still looming, there is increasing concern about shortages as well as exorbitant gas prices that haven’t been seen in over a decade, reports The Wall Street Journal.

Friday saw U.S. natural gas futures closing at $5.105 per million British thermal units, up 17% in the last month and almost doubled from prices six months ago. At a time when prices are supposed to be at some of their lowest as the country is coming out of summertime and lower gas usage, the appearance of prices that haven’t been seen since a blizzard in 2014 have analysts concerned about the outlook for winter.

With prices already on the rise, if the trend continues, analysts believe that even a milder winter could still see record prices.

It’s a move that is bucking the trend of low gas prices that has been a key component of the U.S. economy since the financial crisis. With gas being used to heat homes and generate electricity, as well to make steel, fertilizer, and plastics, increasing prices could have a direct impact across the economy, from consumers all the way up to the heavy industries.

On Thursday the U.S. Energy Information Administration is set to give updated estimates of natural gas reserves; previous estimates had storage 16.5% lower than last year. At a time when reserves and storage are typically being filled, reduction in drilling has led to less natural gas byproduct creation.

At the forefront of the shortage are extreme weather events attributable to climate change. The freeze in Texas in February blocked wells with ice and drastically increased demand on the energy grid, and droughts in June and July in the Midwest and West corresponded with the hottest temperatures on record, creating greater energy demand to run air conditioners. Add into that equation Hurricane Ida’s shutting down almost all of the Gulf of Mexico’s output for a period of time and causing those plants to still be running at less than two-thirds production as of Friday, and it has all snowballed to create the current shortage.

The U.S. isn’t the only one struggling; Europe has had record gas prices all summer long with their own shortages, and in Asia there is high demand and even higher prices for liquified natural gas that is used to sail across the Pacific instead of to Europe for shipping.

The looming energy crisis and reliance on fossil fuels is about to come at a very expensive cost to consumers and industries alike. Investing in carbon credits not only invests in a future with less emissions and curtailed global warming-related weather events, but also encourages companies to make that change at a more rapid rate.