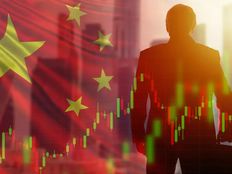 KraneShares, the investment firm behind such funds as the KraneShares CSI China Internet ETF (KWEB B) and the KraneShares Global Carbon Strategy ETF (KRBN ), hosted a Bay Area Innovation Forum on Thursday to discuss investment opportunities within innovation in a changing global macro environment.

The conversation opened with a discussion on China’s political landscape, looking ahead to the 20th National Congress for the Chinese Communist Party and the expectations of President Xi Jinping’s election to a third term.

“He (speaking of President Xi) has a very clear vision of where he wants China to be: the undisputed world leader economically, politically, militarily, and he is well on the road to doing that,” says Ambassador Branstad.

One of the biggest hurdles that China currently faces is the impact of the COVID-19 pandemic and lockdowns under China’s zero-tolerance policy. Currently, Shanghai is entering its fourth week of lockdowns, and fears of lockdowns in Beijing are growing as cases rise.

“Whether they change or not, that’s a good question, but this zero-tolerance policy with 1.4 billion people is hard to manage. I think that’s the biggest unknown and the biggest challenge that Xi Jinping is facing between now and October/November,” Branstad says.

Another main concern regarding China is the ongoing war in Ukraine and China’s ties to Russia and how it will continue to handle diplomacy and support. Branstad likened Ukrainian President Zelenskyy to Winston Churchill in his ongoing steadfastness in the face of the Russian onslaught. The war has strengthened NATO, with increasingly more countries asking to join since Russia’s invasion. Branstad believes that because there was no strong initial response from NATO, it will end up being a prolonged and bloody war.

“At this point, it looks like the rest of the world is lining up against them (Russia) and I think China’s got to be very careful because if they do support the Russian militarily, they could have secondary sanctions against them,” says Branstad. “They have a much bigger economy and it could be much more harmful to them than Russia.”

Discussion pivots to the compliance of Chinese companies with the Public Company Accounting Oversight Board and the transparency requirements that will eventually see all Chinese companies having to de-list from U.S. markets by 2024. Barnstad explained that there has been positive, forward-looking momentum recently both from China’s side as well as the U.S. in finding a way forward that both sides can agree on.

“I’m optimistic they’re going to get this worked out. There may be some de-listings of companies that won’t comply or don’t comply; the Chinese like to say it’s a national security matter but I don’t think that’s the case,” Barnstad says. “American investors are entitled to transparency and I think we’re going to see this get worked out, I’m very hopeful that it will be.”

China’s president is working to address the disparity and inequality of the Chinese population, which the government has traditionally done through spending on infrastructure. Adelman also added that China has focused heavily on technological growth. Barnstad expands by explaining China’s goal to be a global leader in many of the emerging technologies by 2025.

The discussion also covered China’s views and goals regarding Taiwan, the legacy that President Xi could be looking to leave over the long-term, and U.S. policy towards China looking ahead.