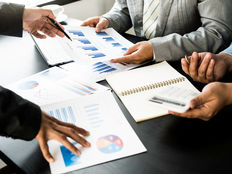 With the SEC releasing detailed instructions and guidelines for Chinese companies wanting to list in New York, stocks see an influx of flows.

The SEC has finally helped lay out a roadmap for Chinese companies hoping to launch their initial public offerings (IPOs) in the U.S. According to Reuters, companies from China are being given clear guidelines on their disclosure requirements, which include the disclosing offshore vehicles known as variable interest entities (VIEs) of the companies.

Last month saw a freeze of all Chinese IPOs in the U.S. as SEC Chair Gensler brought to a halt what had been a record influx of companies from China to list in the U.S. The first seven months of 2020 brought in a record $12.8 billion from Chinese IPOs.

In a letter seen by Reuters from the SEC, companies seeking to list are now asked to “please describe how this type of corporate structure may affect investors and the value of their investment, including how and why the contractual arrangements may be less effective than direct ownership, and that the company may incur substantial costs to enforce the terms of the arrangements.”

The SEC has also added a disclosure agreement for Chinese companies that investors are not able to “hold equity interests in the Chinese operating company.”

While the stipulations are stringent, they are finally providing guidelines in a period of uncertainty, and China-listed stocks are seeing an uptick in inflows again.

Yesterday saw inflows of $514.97 million into the KraneShares CSI China Internet ETF (KWEB B). It is a fund whose securities have been heavily affected by regulations, and yet it continues to see massive inflows as investors buy the dip.