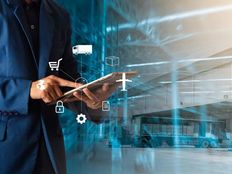 Restructuring May Cause Inflation; IVOL Hedges

The increased pressure the war in Ukraine has put on an already-strained global supply chain could have countries doubling down on domestic growth and companies stepping back from global supply chain reliance. That’s according to Larry Fink, CEO of BlackRock, in an annual letter to shareholders, as reported in Financial Times.

The pandemic’s impacts on supply chains have been numerous, from shutdowns causing multi-month backlogs at major ports, to shortages in materials, to increasing consumer demand broadly far outstripping supply. Now the pullback from Russia by Western countries and the impacts that the war has had on commodities and energy have caused further pressures for companies and countries globally.

“The Russian invasion of Ukraine has put an end to the globalization we have experienced over the last three decades,” Fink wrote, adding, “companies and governments will also be looking more broadly at their dependencies on other nations. This may lead companies to onshore or nearshore more of their operations, resulting in a faster pull back from some countries.”

As companies look to ramp up their production of hard-to-obtain materials within their own countries, it could cause an entire restructuring of global trade.

“A large-scale reorientation of supply chains will inherently be inflationary,” Fink wrote.

This is one more potential inflationary pressure to pile into an already-overflowing basket of inflation drivers as markets continue to experience volatility while the war rages on and inflation persists within the U.S.

Hedging Against Volatility in Fixed Income and Increasing Inflation

The Quadratic Interest Rate Volatility and Inflation Hedge ETF (IVOL ) from KFAFunds, a KraneShares company, is designed to have a twofold hedge against an increase in fixed income volatility and/or an increase in inflation. The fund also seeks to maximize yield curve increases, either brought about by long-term interest rates increasing or short-term interest rates falling; both are tied to big equity market declines.

IVOL carries an expense ratio of 1.05% and has approximately $1.8 billion in assets under management.