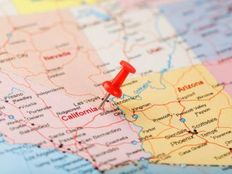 California Governor Gavin Newsom (D) signed into law some of the most aggressive climate initiatives in the U.S. at the beginning of September, committing to 90% clean energy by 2035 and net-zero emissions by 2040.

The law will simultaneously create 4 million new jobs while aggressively tackling emissions and oil and fossil fuel dependency by the state. It sets out protections for communities from oil drilling, advances carbon capture initiatives, and reduces oil consumption by 91%, and fossil fuel use in transportation and buildings by 92% within the next two decades.

“This month has been a wake-up call for all of us that later is too late to act on climate change. California isn’t waiting anymore,” said Governor Newsom in a statement about the new legislation. “Together with the Legislature, California is taking the most aggressive action on climate our nation has ever seen. We’re cleaning the air we breathe, holding the big polluters accountable, and ushering in a new era for clean energy. That’s climate action done the California Way – and we’re not only doubling down, we’re just getting started.”

The sweeping legislation has also set air pollution reduction targets of 60% and refinery pollution by 94% over the next 20 years. It comes short on the heels of legislation committing to phasing out all new gas-powered cars completely by 2035 and amid the historic drought California continues to endure.

“Our state has been facing extreme temperatures, putting our communities, especially our most vulnerable neighbors, at risk. We’re also continuing to deal with a historic drought and the ongoing threat of wildfires. The challenges of climate change are here, and in this Legislative session, we took bold action to address these severe conditions and mitigate future risk both through our state budget and key legislation,” said Senate President Pro Tempore Toni G. Atkins (D-San Diego) in the statement.

The KraneShares California Carbon Allowance ETF (KCCA ) offers targeted exposure to the joint California and Quebec carbon allowance markets which will benefit from legislation that works to curb emissions more aggressively in the state. Advisors and investors have taken notice of the opportunities in California’s joint carbon market this year, with KCCA bringing in net flows of $178 million year-to-date.

“We established ambitious and necessary goals to reduce carbon emission and increase renewable energy. We provided the tools the industry needs to capture and store carbon before it hits the atmosphere,” said Atkins. “California has, and will continue to, lead the nation on not only addressing the worsening climate crisis but finding proactive solutions.”