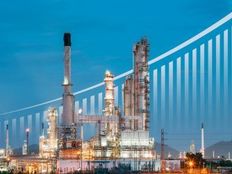 Capitalize on Decarbonization With KGHG

Global decarbonization efforts are a movement unto themselves and one with significant investment implications.

Fortunately for investors, a variety of exchange traded funds tap into what’s expected to be a compelling, long-ranging theme. One member of that group is the KraneShares Global Carbon Transformation ETF (KGHG ).

The actively managed KGHG, which debuted in March, takes an approach unique among the funds in this category. While many competing ETFs focus on companies that provide services and technologies linked to decarbonization and fighting climate change, the KraneShares fund focuses on firms in carbon-intensive industries that are taking steps to markedly reduce their carbon footprints.

“Decarbonizing industry will not be easy, especially among four sectors that contribute 45 percent of its carbon dioxide emissions: cement, steel, ammonia, and ethylene,” according to a McKinsey report. “The process demands reimagining production processes from scratch and redesigning existing sites with costly rebuilds or retrofits. Furthermore, companies that adopt low-carbon production processes will see a short- to mid-term increase in cost, ultimately placing them at an economic disadvantage in a competitive global commodities market.”

In a departure from the standard climate change ETF, KGHG allocates about 60% of its weight to utilities and energy stocks. Experienced climate investors know that KGHG’s sector weights make sense because utilities and energy companies can make the swiftest inroads when leading the decarbonization charge.

For example, many U.S. utilities are increasingly prominent players on the renewable energy stage. Often associated with the transmission of coal-fired power, utilities can bring stability to the transmission of wind and solar power. Likewise, they can bring technological advancements to electric grids that need shoring up to accommodate increased renewables consumption.

On the traditional energy side of the ledger, one of KGHG’s top 10 holdings is BP Plc (NYSE: BP). The company, previously known as British Petroleum, is often thought of as no more than a fossil fuels producer. However, it’s home to an extensive portfolio of renewable and decarbonization assets. Additionally, BP’s efforts on those fronts are credible.

“We will invest in and build renewable energy capacity of 20 gigawatts by 2025 and 50 gigawatts by 2030,” according to the company. “Grow our integrated gas portfolio, including equity gas, LNG, and merchant portfolio [and] drive new decarbonization technologies and capabilities to create innovative zero carbon energy solutions.”