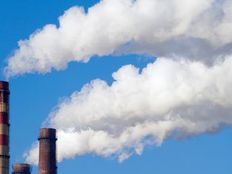 Europe is perched precariously atop its pile of gas storage as it heads into winter after a summer of scrambling to fill reserves, with the coldest months still to come when energy drain will be the highest. While Europe may have lucked out with a warmer-than-normal November helping to preserve fuel reserves, the coming months and even years could continue to be fraught with challenges and shortages, potentially giving rise to higher emissions as fewer clean fuel sources are used in the short-term to generate power and providing opportunity for carbon allowances investing.

Russia’s ongoing war in Ukraine and the continued use of its fossil fuel supply as a weapon against the EU bloc has meant an intense energy scramble for many countries that relied partially or almost entirely on Russia for natural gas. Much of Europe’s energy system is interconnected, with countries trading and helping fuel each other when needed, and it’s put a strain universally across all of the member countries. It’s also meant falling back on heavy carbon emissions sources for fuel, such as coal.

Coal is the top source for carbon dioxide emissions worldwide and is currently tracking to produce a record 15.1 billion metric tons of CO2 globally in 2022. In Europe, coal generation is up 8% year-over-year through September after years of strong declines.

Without Russian fossil fuels to rely on and with unprecedented shortages in France (outages in many of its nuclear reactors have turned the energy exporter to an importer this year) and Norway (low water levels have meant Europe’s biggest hydropower producer will face limited energy production), the need to burn more carbon emission heavy sources for fuel could rise in the short-term.

Investing in the EU's Carbon Allowances With KEUA

Europe has a robust carbon allowances market: the European Union Emissions Trading System (EU ETS), a cap-and-trade system that sets limits on emissions allowed in certain industries and regions and that currently covers about 45% of all emissions from the EU.

As emissions spike from increased coal reliance, carbon allowances will be in greater demand, providing positive price pressures and opportunities for advisors and investors looking for a portfolio diversification opportunity. A recent poll of advisors conducted by VettaFi found that the non-correlated nature of carbon investing as an asset class made the allowance market most attractive (42.9%), compared to 22.4% in favor of the alpha potential it can offer and 18.4% interest in investing for the climate and impact potential.

The fund’s benchmark is the IHS Markit Carbon EUA Index, an index that tracks the most-traded EUA futures contracts, a market that is the oldest and most liquid for carbon allowances. The market currently offers coverage for roughly 40% of all emissions from the EU, including 27 member states and Norway, Iceland, and Liechtenstein. The annual cap reduction was recently increased from 2.2% to 4.2% to meet long-term carbon emission targets.

As the fund is actively managed, it may invest in carbon credit futures with different maturity dates or weight futures differently from the index.