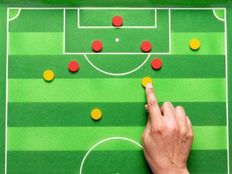 Oil and gas producers are underestimating their emissions output by as much as three times what they are self-reporting, revealed Climate TRACE, a worldwide coalition of non-profit organizations, researchers, tech companies, and more — at COP27, which is currently happening in Egypt. Increasing transparency around emissions allows the opportunity for better business practices as investors continue to get more engaged on climate issues, and KraneShares offers an extensive climate suite of ETFs for a variety of approaches around the emissions transition.

It’s a major problem, with oil and gas fields accounting for over half of the top 50 sources of emissions globally, according to the released data from Climate TRACE (Tracking Real-time Atmospheric Carbon Emissions). It’s the most detailed report to date, and it inventoried over 70,000 sites, including refineries, power plants, aviation, shipping, mining, and more. It is published in a free database complete with interactive maps meant to bring transparency on emissions to the public.

“This level of granularity means that we finally have emissions data that enable us to act decisively. It also means we can prioritize efforts to achieve the deep cuts in greenhouse gas pollution we need to prevent the most catastrophic impacts of the climate crisis,” said former vice president Al Gore and founding member of Climate TRACE at COP27.

The data revealed that the top 500 individual sources of global emissions come from less than 1% of the 70,000+ sites surveyed and made up 14% of emissions in 2021, an amount that is more than what the U.S. emits in a single year.

Information was gathered from independent observation using over 300 satellites, more than 11,000 sensors based on air, land, and sea, as well as publicly and commercially available data. Climate TRACE employs AI and machine learning to sift through satellite images and data sets, identifying patterns and then tailoring the methodology used to each individual sector to most accurately reflect emissions. That data is growing at a phenomenal rate too, doubling about every two months, and is independently verified.

The Climate ETF Suite From KraneShares

Investors are increasingly aware of the negative long-term business impacts to heavy emitting companies, especially given increasing regulatory pressure in the U.S. and abroad. KraneShares offers a bevy of climate-related products that seek to capture the transition to a zero-emission world by 2050, whether through a focus on carbon emissions or the transition of industries and the materials necessary to create change.

For an approach that targets transitioning companies, the KraneShares Global Carbon Transformation ETF (KGHG ) seeks to capture the true potential within the carbon transition by focusing on companies from industries that are traditionally some of the highest emission offenders but are on the precipice of transitioning to renewable technologies.

Meanwhile, the KraneShares Electrification Metals ETF (KMET ) offers targeted exposure to the metals that will be necessary for the electrification and clean energy transition of the world’s economy in the pivot to net-zero emissions.