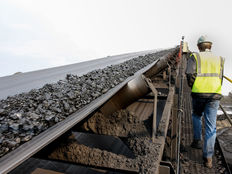 The pipeline is set to run at just 20% capacity beginning Wednesday as Gazprom PJSC takes another turbine offline for maintenance, compounding Europe’s natural gas supply issues. The European Union is battling record heat in many countries while also working to stockpile stores for the winter, the peak season for gas demand.

The recent reduction is because of turbines shipped overseas for repairs being caught up in delays driven by sanctions, according to Russian newspapers. Deutsche Bank AG wrote in a research note that the turbine wasn’t anticipated to be necessary until September and warned of “gas politics” as a risk.

“There is still great uncertainty on whether the Russian leadership will turn off the gas tap completely,” Claus Niegsch, industry analyst at DZ Bank, told Bloomberg. “This is particularly worrying for industrial companies because planning for the coming months is becoming increasingly difficult.”

The ongoing energy crisis in the EU has meant that the bloc has acknowledged a need to pivot to coal for the short-term to meet energy demands during the historic heat being felt now as well as energy needs this upcoming winter, with Germany already sanctioning several of its coal power plants being turned back on.

“There is likely to be increasing upward pressure on emissions from coal burning because of increased energy demand driven by record-breaking heatwaves across Europe and the rationing of natural gas,” wrote Eron Bloomgarden, partner at Climate Finance Partners, on the Climate Market Now blog.

“While there may be a short-term loosening of regulatory policy to provide some immediate relief, long term there is likely to be significant upward price pressure on EUAs (European Union Allowances) from growing emissions as well as the geopolitical urgency to decarbonize the European economy as quickly as possible,” Bloomgarden explained.

The energy crisis has created a long-term bullish outlook for the carbon allowances market in the EU. The third quarter will bring with it a reduction in auction volumes of the EU Emissions Trading System (EU ETS) as it seeks to meet its annual total number of allowances in circulation. This year there was a surplus that has led to carbon allowances surpassing 833 million in the market. 24% will now be withheld from auctions to tighten supply, creating price pressures for EUAs and adding to the market stability reserve.

“Beyond 2022, the long-term bullish outlook will likely be driven by higher power sector emissions as well as the new ETS tightening reforms that will set in,” Bloomgarden wrote.

The KraneShares European Carbon Allowance ETF (KEUA ) offers targeted exposure to the EU carbon allowances market and is actively managed. The fund’s benchmark is the IHS Markit Carbon EUA Index, which tracks the most-traded EUA futures contracts, the oldest and most liquid market for carbon allowances.

The market currently offers coverage for roughly 40% of all emissions from the EU, including 27 member states and Norway, Iceland, and Liechtenstein. KEUA has an expense ratio of 0.79%.