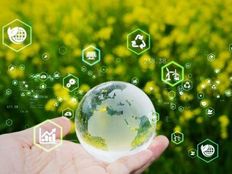 Europe’s energy crisis is likely to lead it to sell shares of its carbon credits from reserves to raise funding to help curb crippling energy prices heading into the fall and winter. The European carbon market allowance prices fell on the news last week as investors absorbed and priced in this high likelihood, with prices now sitting at an appealing entry point.

European Union Allowances (EUAs) hit a low of €66.08 on September 9 before recovering slightly, closing most recently at €71.52 on September 14. Carbon allowances are a notoriously volatile market that have been pushed about this year by geopolitical impacts, most recently Russia’s cessation of natural gas to Europe.

“Putin is using energy as a weapon by cutting supply and manipulating our energy markets,” Ursula von der Leyen, President of the European Commission, recently tweeted. She went on to explain that the EU Commission is working on proposals to support the people and businesses of Europe as they struggle with astronomical energy prices. Goldman Sachs is estimating that an average household in Europe will face an energy bill next year that is triple 2021 prices, a roughly €2 trillion rise in energy spending, according to the New York Times.

Part of those proposals include selling EUAs from the Market Stability Reserve, a mechanism that helps to ensure price stability by removing offsets as necessary from markets to increase price pressures, or by releasing offsets to cool off spiking prices. There is still much debate on how to go about this process, however, and the European Parliament is due to vote on the proposal in October.

“It’s the time to release the free permits held in the reserve and transfer them to the sectors that need them most: power production and heating, we’re also open to discuss the list of sectors,” Anna Moskwa, climate minister of Poland, told reporters in Brussels. “It’s a crisis time and there’s no time for a long thinking process. This is a quick mechanism that could be activated before the autumn-winter season.”

With EUAs currently at reduced prices, it could provide an attractive entry point for advisors and investors interested in the long-term role that carbon allowances will play to mitigate climate change.

“Opposition to the EUA sales is evaporating, and the market is starting to price these sales in now.  The EU is also planning to intervene in the power and gas markets – there has even been talk of suspending the power futures market (!), which could have a knock-on effect on carbon somehow.  All this leads to a likely historic buying opportunity in the coming weeks,” wrote Luke Oliver, managing director, head of climate investments, and head of strategy at KraneShares, on the Climate Market Now blog.

KraneShares offers a suite of ETFs with a variety of targeted exposures to global cap-and-trade carbon allowance markets that invest in carbon credit futures. These funds include the KraneShares Global Carbon Strategy ETF (KRBN ), which invests in carbon allowances futures globally from the EU, California markets, RGGI, and the U.K., as well as the more targeted KraneShares European Carbon Allowance Strategy ETF (KEUA ).