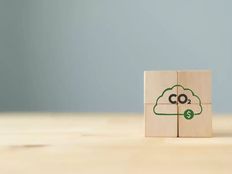 Everything Advisors Should Know About Carbon Markets

War in Ukraine has caused a lot of geopolitical uncertainty for broader markets, and concerns that an energy transition away from Russian oil would lead to greater emissions has impacted European carbon markets in particular. Meanwhile, the U.K. market awaits 2021 emissions reports, and California is eyeing carbon allowance tightening, reports KraneShares in its Climate Market Now blog.

The European Union carbon allowance markets remain in flux as volatility driven by Russia’s war in Ukraine and concerns over energy supply continues. The natural gas market continues to demonstrate uncertainty, driving EUA prices with it.

2021 emissions data for the EU Emissions Trading System (EU ETS) was released last week, with analysts reporting a 9.1% increase in emissions over the last year as the EU economy reopened after the pandemic shutdowns in 2020. It is the single largest increase in a year for the EU market, but it had already been calculated by markets into prices, which didn’t react to the news.

Next up for EU carbon markets will be the calculation by the Commission of the Total Number of Allowances in Circulation (TNAC), which decides how many allowances will be withheld in the upcoming year that runs from September 2022 to August 2023.

Within the U.K. markets, prices remain at a premium close to €10 in relation to EUA levels, while investors and analysts await the release of emissions data for 2021 for the U.K.; as of now, there is not a date for the release of this information.

“The state Air Resources Board is currently setting out proposals for the reform of the market in its next phase, with the goal of reaching a 40% reduction by 2030,” reports KraneShares.

The Regional Greenhouse Gas Initiative (RGGI), which is made up of states along the eastern seaboard, is now potentially looking at the third quarter for Pennsylvania to join after lawmakers in the state were unable to drum up enough votes in the legislature to overturn Governor Tom Wolf’s veto. Wolf’s veto targeted legislation that went against an executive order for the state to join RGGI.

Pieces of the governor’s climate change plan, including a requirement for fossil fuel-powered plants to pay for every ton of carbon dioxide emitted beginning July 1, remain embroiled in courts, reports the Pittsburgh Post-Gazette. Supporters of the move to “tax” these plants include more efficient gas plants, nuclear plants, and wind and solar companies; opponents include natural gas and coal proponents, as well as businesses and industrial groups and their associated labor unions with workers that mine coal, build gas pipelines, and work in power plants. It’s a broad division that is played out across markets and countries as regulators work to curtail emissions.