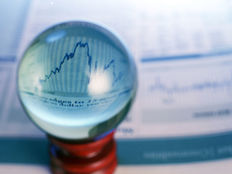 How to Invest in China’s Climate Change Transition

China is working to limit emissions and reach climate change goals within its borders, along with the rest of the global community. However, China has also taken a proactive approach to helping developing countries make the renewable energy transition as well, particularly within Africa, reports the Global Times.

In central South Africa, wind turbines work to capture energy to supply the local region with approximately 245 megawatts of clean electricity, equating to 760 gigawatt hours annually. It’s a savings of over 200,000 metric tons of coal, the equivalent of preventing 700,000 metric tons of harmful carbon emissions from being released.

All of this has been made possible by China’s Longyuan Power via its South African subsidiary, whose partners include the Mulilo Group, a renewable energy developer, community trust, and Black Economic Empowerment (BEE) company. The wind turbines are Chinese-manufactured and built with higher configurations necessary for the conditions of the region.

It’s a pattern that is playing out all across Africa: in Uganda, the Export-Import Bank of China largely financed the building of the Karuma Hydro Power Plant; in Kenya’s Garissa County, the largest solar power plant that is connected to a grid in Central and East Africa was built by the China Jiangxi Corporation for International Economic and Technical Cooperation (CJIC).

“With steady power and low cost of electricity, Garissa can invest in industries and businesses," said Hannington Gochi, a renewable energy technician for Kenya’s Rural Energy Authority. Already, homes and businesses previously unconnected are tapping into the grid, helping to drive industry and economic growth.

China is currently the world leader in total renewable energy capacity, holding 31% of the world’s capacity. In the midst of the regulatory crackdown in China, this industry has continued to perform strongly and is investing domestically and globally.

It allows investors direct exposure to ESG market movers in China such as China Longyuan Power, which is carried within the fund at a 4.60% weight.

The ETF has an expense ratio of 0.78% and $187 million in assets under management.