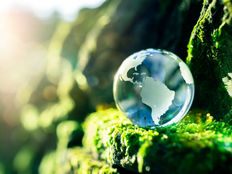 The recent climate summit in November saw many countries committing to be more aggressive about their emission goals as well as the creation of a dual global carbon market. In Europe, where membership within the EU mandates certain emission limits and commitments, countries are overwhelmingly reducing their emissions the fastest, reports 24/7 Wall St.

The findings were compiled by comparing the data from the Global Carbon Project with data from the International Energy Agency’s GHG Emissions from Energy 2021 report. The countries were compared and ranked based on their entire carbon emissions changes from 2010 to 2020.

A comparison of the top 40 countries reducing their emissions fastest found that more than half of the countries were from within Europe, where carbon emission mandates have been established longest. Next was Asia, with six countries represented, followed by North America and South America, with three countries each.

The U.S. squeaked into the top 40 at the 39th spot, a somewhat impressive feat given that it is the world’s second-largest polluter, reducing 16.7% of total carbon emissions over the decade. In comparison, China, the world’s largest emissions producer, didn’t fall within the top 40 listing.

The top five countries that are reducing carbon emissions the fastest are Greece in fifth place with a 46.35% reduction, Denmark in fourth with a 46.73% decrease, the Syrian Arab Republic in third with a 49.71% decrease, Venezuela in second with a 54.04% decrease, and Yemen in first with a 57.81% decrease in emissions.

The KraneShares Global Carbon ETF (KRBN ) offers a first-of-its-kind take on carbon credits trading and is in a position to capture the rise in carbon allowance prices as emissions limits become more stringent.