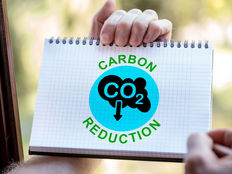 The Benefits of Linked Carbon Markets

The role of individual states in the fight against climate change and emissions reduction has become crucial after the Supreme Court ruling that hobbled the ability of the Environmental Protection Agency to take action on climate change at a national level. For states that have pollution limits alongside existing carbon allowances such as California, or are building those allowances like in Washington, linking the cap-and-trade markets can accelerate reductions and provide several benefits.

While much of the U.S. is feeling the effects of dangerous heat, Western states are facing the dangers of heightened wildfire risk driven by the worst mega-drought experienced in 1,200 years, reported the Environmental Defense Fund, a leading global environmental organization.

“A well-designed limit provides the greatest certainty of meeting science-based emissions goals and gives regulators an enforceable tool for requiring reductions in climate pollution, while a price on carbon provides a continuous signal to cut emissions,” wrote Caroline Jones, analyst for the State Climate team at EDF, and Natalie Hurd, Western states climate policy intern at EDF. “The revenue from the carbon price can be reinvested in overburdened communities and put towards achieving further pollution reductions.”

Linked carbon markets across borders, whether state or national lines, can provide a host of unique benefits while participants transition faster and more efficiently. Linked markets can lower the cost of entry, as found by research done by Vivid Economics that is looking at the impact of linking Washington state’s upcoming carbon market to California.

The model found that allowance prices would drop a full 30% for Washington’s market if it linked with California by 2025. These lower prices allow for more market participants, greater and easier regulations, and increased revenue driven by the higher number of participants.

“In other words, lower costs can lead to greater ambition. One 2021 study showed that the reinvestment of cost savings from linked systems could allow jurisdictions to double their emissions reductions by 2030,” wrote the authors.

Carbon market “linkage can expand the reach of climate policy and facilitate ambitious climate pollution reductions in places that otherwise would not have participated in such a program. As these programs spread and link together, the risks and costs lower for all states and jurisdictions involved. This can also build national momentum on climate action, lowering the barrier to entry for states and jurisdictions to join the fight against climate change,” the authors explained.

The U.S. currently has two linked carbon markets, that of California and Quebec, and the Regional Greenhouse Gas Initiative which currently has 12 states participating.

Investing in the Linked California and Quebec Markets