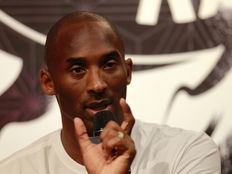 Sunday morning’s news regarding the tragic death of former professional basketball star Kobe Bryant left an unfillable void in the sports world and moreover, the world in general, as the future National Basketball Association Hall of Fame player was regarded as a global icon. Bryant’s storied career not only teaches hard lessons in sports, but those principles could also translate to ETF investors who can apply them to the winner-take-all game of investing.

Bryant’s accolades in professional basketball speak volumes–5-time champion, 18-time All-Star and Most Valuable Player, just to name a few. The blood, sweat, and tears that Bryant left on as well as off the basketball court could teach ETF investors a few things.

Bryant was highly regarded for his take-no-prisoners attitude when it was time to take the court. Opponents were well aware that in order to stop his team, the Los Angeles Lakers, it meant stopping or at least trying to contain Bryant.

Despite being blessed with natural talent and athleticism, Bryant was also legendary for his relentless work ethic. There are tales from former professional basketball players and coaches who witnessed Bryant’s first-at-the-office and last-to-leave work ethic that included marathon training sessions or arriving at the gymnasium hours before practice.

Furthermore, Bryant experienced a bevy of injuries during his career, including sprained ankles, knee problems, back issues, an arthritic finger, a torn wrist ligament, and other physical maladies. Yet, he forged on through the pain and ETF investors can do the same when the markets go awry–essentially, this means staying invested.

The coronavirus outbreak has been dousing the markets with volatility, and rather than get spooked by news and sell-off, investors should stay relentless. This doesn’t mean residing too long in a bad investment, but knowing when to ignore the market noise of naysayers and stay invested.

2) Be a Student of the ETF Game

Bryant’s confidence in his ability to play basketball naturally fed his hubris on the court, but off the court, he was a constant learner. Bryant was a student of the game who would watch copious amounts of video footage to prepare for opponents as well as study game notes to extrapolate nuggets to exploit another team’s weaknesses.

Bryant went as far as taking up tap dancing in order to build his ankle strength to prevent nagging injuries and enhance his foot speed. Per a CNBC report, Bryant “hired an instructor and started going into a studio. ‘I worked on it all of that summer and benefited for the rest of my career,’ Bryant wrote.”

This doesn’t mean that ETF investors should go as far as becoming a Chartered Financial Analyst and master investing from soup to nuts. However, understanding the funds that he or she is personally invested in or asking an advisor what strategies are employed by a fund can go a long way as opposed to blindly allocating capital to ETFs simply for their performance numbers.

Legendary investor Peter Lynch is famous for saying “invest in what you know.” ETF investors should exercise their due diligence and have a general understanding of what funds do before buying.

3) Evolve and Change With The Times

Early on in his career, Bryant was known as a high-flying machine who wowed basketball fans with death-defying maneuvers by relying on his athleticism to make plays. Bryant knew that his youth and natural abilities would be fleeting as his basketball career wore on.

In order to counteract the effects of father time, Bryant had to evolve. He had to forego the slam dunks that drew “oohs” and “aahs” in order to work on sneaky maneuvers to outsmart younger players.

Rather than try to jump over players, he saw basketball as a chess game where he outwitted and outmaneuvered opponents through cunning moves that were honed through experience. The ETF world is constantly changing and more funds are taking on new strategies to not only attract investor capital but to seek that ever-elusive alpha.

Whether it’s ETFs that focus on disruptive technology like robotics or artificial intelligence, or smart beta strategies that employ a combination of active and passive investing, investors must be aware of what’s offered in the ETF space. In a rapidly-changing ETF landscape, it’s either adapt or be left behind, and like Bryant, it pays it investors stay on top of their game.