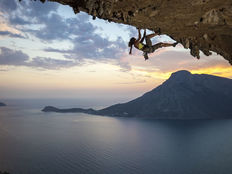 Recently, many investors have been focusing on the inverted yield curve, but there’s another yield scenario worth paying attention: the dividend yield on the S&P 500 climbing above the yields on some widely watched groups of Treasuries.

This unusual yield scenario could spotlight dividend ETFs, including growth fare such as the ProShares S&P 500 Aristocrats ETF (NOBL A-). NOBL tracks the S&P 500 Dividend Aristocrats Index, targets the cream of the crop, only selecting components that have increased their dividends for at least 25 consecutive years. Consequently, investors are left with a portfolio of high-quality, sustainable dividend payers.

Market observers appear hard-wired to believe that the inverted yield curve is ominous. While that indicator has been a reliable recession predictor, when the dividend on the S&P 500 rises above bond yields, stocks historically rise.

“Even though the ominous implication from the current inverted 2-year/10-year yield curve scenario has generated concern among investors, history offers a bit of encouragement,” said CFRA. “Since WWII, whenever the S&P 500’s month-end yield exceeded the yield of the 10-year note, the S&P 500 was higher 12 months later by an average 22% and gained in price in 74% of all 31 observations.”

Dividend-paying companies have also exhibited a long history of outperforming the markets. Since 1960, dividends have contributed approximately 33% of the S&P 500’s total return.

“What’s more, in the 20 times that the 500’s yield bested the 30-year’s, stocks were higher by 12% and rose 80% of the time, indicating that bonds no longer offered an attractive income alternative,” notes CFRA.