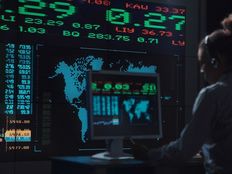 “Steering the portfolio away from the most expensive stocks can help performance if and when valuations mean-revert–but there is a trade-off. Ignoring prices means the fund can overweight stocks with declining fundamentals, which can add to its risk,” said Morningstar in a recent note.

The $4.4 billion FNDF, which debuted just over six years ago, charges 0.25% per year, or $25 on a $10,000 investment. That compares favorably to the broader universe of international equity smart beta ETFs. For the bulk of FNDF’s time on the market, the primary headwind it has faced is U.S. stocks outperforming developed market rivals.

“This strategy has shown some potential over short stretches, but it has not yet provided a long-term advantage over the FTSE Developed ex-U.S. Index. Its total and risk-adjusted returns were similar to this benchmark from its launch in August 2013 through May 2019,” according to Morningstar.

The fund holds 956 stocks with Japan and the U.K. combining for about 40% of its geographic weight. Eurozone equities represent over 28% of FNDF’s roster.

“Despite its value orientation, the fund also includes growth stocks,” notes Morningstar. “This should improve its reach and allow the fund to take advantage of mean reversion in valuations wherever they occur in the large-cap market segment. Additionally, it diversifies stock-specific risk better than the market-cap-weighted MSCI World Ex USA Value Index.”

Morningstar has a Bronze rating on FNDF.