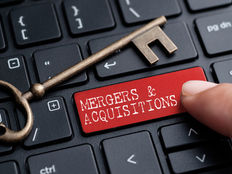 Don’t Expect Another Strong Year for M&A in 2020

Social distancing and avoiding large gatherings like the plague are the new normal. It’s all having ripple effects throughout the capital markets, and the mergers/acquisitions space isn’t immune to the pandemic as the number of M&A deals is expected to decrease through 2020.

A Mergermarket report is forecasting that while M&A activity won’t come to a screeching halt any time soon, it will experiencing a tangible slowdown worldwide.

“Global deal-making has been brought to a halt in the past few weeks, and activity is likely to remain subdued in the next few months,” the report noted. “Although the nature of the current crisis is different to the last global financial crisis, dealmakers evaluating the current M&A outlook will inevitably look back at 2008 for similarities, differences and lessons learned.”

The M&A space has been riding the waves of the extended bull run the past decade, meaning that it was probably due for a pullback.

2019 marked a report year for M&A with high profile deals taking place, particularly in the biotech industry. Duplicating that performance this year will prove to be a difficult task.

Looking forward, if the current data is hinting at what’s to come, then it’s not painting the prettiest of pictures for M&A.

“While the COVID-19 Pandemic has certainly thrown a wrench into the US M&A market, overall activity had already declined 40% by value between the first and second half of 2019,” the report said. “That trend continued into 1Q20: activity for the quarter, (1,255 deals worth USD 206bn in 1Q20), was down 57% by value compared to the same period last year, (1,524 deals worth USD 476bn in 1Q19). Looking ahead, the Coronavirus has gotten in the way of basic deal logistics, and has delayed sales processes, which is bound to hit overall M&A activity in the coming months.”

One ETF to watch closely is the IQ Merger Arbitrage ETF (MNA A). MNA seeks investment results that correspond generally to the price and yield performance of its underlying index, the IQ Merger Arbitrage Index, which seeks to employ a systematic investment process designed to identify opportunities in companies whose equity securities trade in developed markets, including the U.S., and which are involved in announced mergers, acquisitions, and other buyout-related transactions.