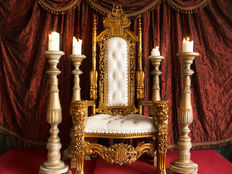 With attractive valuations available on European equities, investors may want to consider looking across the pond for income opportunities with the ProShares MSCI Europe Dividend Growers ETF (EUDV ).

“Much is often made of a dividend yield—the amount a company pays out per share divided by its stock price,” reports Lawrence Strauss for Barron’s. “But what about a company’s actual cash outlay? A stock, after all, can have a big yield because its price has plummeted. It doesn’t have to be because it is returning lots of money to shareholders.”

Of the 12 companies that spent the most on dividends in the first quarter, five are U.S. companies, but three of the other seven are members of EUDV’s lineup.

EUDV is potentially useful for conservative investors looking for international diversification for multiple reasons, including its geographic exposures. The fund allocates over half its weight to the U.K. and Switzerland and almost 9% to Denmark, reducing the importance of the European Central Bank’s monetary policy on the fund’s performance.

Dividends are often viewed as a quality trait, but investors looking for credible combinations of dividends and the quality should assess factors beyond pure yield. Those factors include return on equity (ROE) and a company’s ability to sustain and grow payouts.

“The pharmaceutical industry led the way among sectors, paying out about $30 billion in the quarter. Banks finished second with dividends of $26.6 billion, and oil and gas producers distributed $23.2 billion,” according to Barron’s. “Many of these dozen companies sport attractive yields as well as hefty payouts.”

EUDV allocates over 29% of its combined weight to the healthcare and financial services sector. According to Barron’s data, Swiss pharmaceuticals giants Novartis and Roche, two marquee holdings in EUDV, were among the world’s largest dividend payers in the first quarter. So was European telecom giant Vodafone, another EUDV component.

“Consider Vodafone Group (VOD), whose dividend distribution exceeded payouts by all other companies in the first quarter of 2014, when times were better for the London-based telecom giant. The stock has lagged behind since then; the company faces stiff competition, and its revenues have come under pressure,” according to Barron’s.