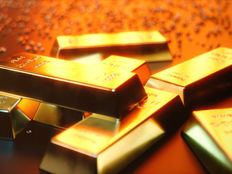 Gold ETFs continued to inch higher Friday ahead of a closely observed meeting between the United States and China at the G20 summit, helping gold bullion mark its best monthly performance in three years.

Meanwhile, Comex gold futures were up 0.1% to $1,413.2 per ounce, rising 8.4% this month, on pace for its best monthly percentage gain since June 2016. The precious metal is also set to post its sixth consecutive weekly gain.

“Doubts about the success of the meeting between the two leaders have been weighing on risky assets; that is positive for gold,” Quantitative Commodity Research analyst Peter Fertig told Reuters.

Leaders of the Group of 20 countries meet on Friday and Saturday in Japan, and Trump and Xi are expected to discuss trade on Saturday.

Furthermore, the dovish Federal Reserve stance has bolstered gold’s appeal as a better store of wealth.

“There have been signals from the recent Federal Open Market Committee on rate cuts. Real yields on government bonds have been falling, which is positive for precious metals along with the weakening U.S. dollar. The outlook for gold looks positive from the fundamental side,” Fertig added.

Traders have been pushing up the price of gold on expectations that there will be at least a quarter percentage point rate cut in the July meeting.

“The sustained decline in rates is a key factor (for gold), particularly as the Fed shifts to a more dovish stance,” UBS analysts said in a note “Uncertainty around growth and trade risks suggests more strategic positions are likely to be built.”

For more gold news and strategy, visit our Gold Category.