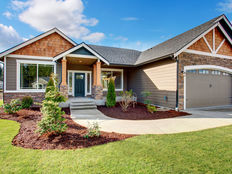 The homebuilding sector is strengthening across the board, with housing starts up 16.9% to a seasonally adjusted annual rate of 1.608 million units in December, the highest level since December 2006, Reuters reports. The percentage gain was also largest since October 2016.

Single-family homebuilding, which makes up the largest portion of the housing market, rose 11.2% to a rate of 1.055 units in December, its highest level since June 2007.

“While there are reasons to be optimistic about the housing sector, December’s stellar performance appears to be mainly the result of unseasonably warm weather generating a pickup in construction activity amid heightened demand. Seasonal activity usually slows in the winter; housing starts typically decline in December,” according to Bloomberg economists Yelena Shulyatyeva and Eliza Winger.

Additionally, the Federal Reserve’s return to a looser monetary policy, with three interest rate cuts last year, helped push down mortgage rates from last year’s multi-year highs. The 30-year fixed mortgage rate dipped to an average of 3.65% from its peak of 4.94% in November 2018.

Meanwhile, homebuilder confidence is hovering near levels not seen since mid-1999. Builders said they “continue to grapple with a shortage of lots and labor while buyers are frustrated by a lack of inventory, particularly among starter homes.”