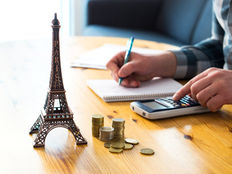 How to Get International Equity Exposure For Cheap

Investors searching for diversified, cost-effective international equity exposure have plenty of options in the world of ETFs. One of the least expensive is the Schwab International Equity ETF (SCHF A).

SCHF follows the FTSE Developed ex-US Index, which is comprised of large- and mid-cap stocks from developed markets outside the U.S. That index is weighted by market capitalization and features exposure to 24 developed markets, excluding the U.S.

SCHF, which turned 10 years old earlier this month, has $19.7 billion in assets under management and could be worth considering at a time when many developed markets outside the U.S. sport discounted valuations relative to the S&P 500. Adding to the case for SCHF is its deep bench, which mitigates single-stock risk and ensures a high level of diversification.

“Diversifying across a wide range of stocks mitigates the impact of the worst performers on the fund’s overall performance,” said Morningstar in a recent note. “The portfolio holds more than 1,400 names, and its 10 largest stocks account for only 10% of its assets. It excludes companies listed in emerging markets, while a typical competitor has 7% of its assets allocated to companies from these regions. This difference modestly limits the fund’s opportunity set, but shouldn’t hurt its long-term performance relative to the foreign large-blend Morningstar Category.”

As is the case with many Schwab ETFs, SCHF has a low fee, just 0.06%, and that provides an important advantage for long-term investors.

“This fund’s biggest advantage is its ultralow expense ratio,” according to Morningstar. “Schwab charges just 0.06% annually for this fund, but this has not translated into superior category-relative performance. From its launch in November 2009 through November 2018, the fund’s total and risk-adjusted returns landed near the midpoint of the category because the fund remains fully invested and foreign markets have not performed well by historical standards.”

SCHF allocates a combined 43.3% of its weight to financial services and industrial stocks. Morningstar has a silver rating on the fund, which is up 17.11% year-to-date.