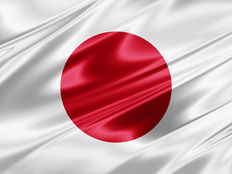 The US/China trade imbroglio is capturing plenty of headlines, but another trade relationship is worth monitoring. The U.S. and Japan, the world’s third-largest are also working on a trade deal, one that could boost the fortunes of ETFs, such as the WisdomTree Japan Hedged Equity Fund (DXJ A-).

DXJ seeks to track the price and yield performance of the WisdomTree Japan Hedged Equity Index, which is designed to provide exposure to Japanese equity markets while at the same time neutralizing exposure to fluctuations of the Japanese yen relative to the U.S. dollar.

Amid the trade scuffle between the U.S. and China, discussions between Japanese Prime Minister Shinzo Abe and U.S. President Donald Trump regarding trade have largely been positive. Both leaders have managed to eschew the back-and-forth barbs that President Trump and Chinese President Xi Jinping have been exchanging during the height of the trade wars last year.

“On the international front, the full state visit by President Trump to Japan scheduled for May 25–28 is very likely to bring the successful resolution of a U.S.-Japan bilateral trade agreement,” said WisdomTree in a recent note. “If we get similar positive news from the U.S.-China trade front, Japan in general and exporters in particular could outperform.”

What’s Next for Japan Stocks

Japanese stock markets have remained range bound for most of 2019 as it slowly recovers from the recent selling pressure. Nevertheless, the developed market is still outperforming the global developed ex-U.S. equities benchmark and it is less expensive. BlackRock, though, maintains a neutral outlook on this country.

“The good news is that forward-looking Japan earnings expectations are likely to be too conservative, in our view,” according to WisdomTree. “For example, several of the large car companies are now forecasting for U.S. car sales to actually drop by as much as 10% in 2019; and on the exchange rate, these companies are budgeting for the U.S. dollar to depreciate to ¥103–105. These strike us as very conservative benchmark assumptions, and, in our view, chances are high that by late summer and early autumn, Japanese earnings revision momentum will start to inflect positively.”

For more information on the Japanese markets, visit our Japan category