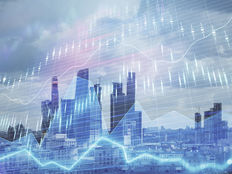 Ex-US developed market equities lagged their American rivals in 2019, but the performances for the former were decent and there are reasons to consider the asset class in 2020, including attractive valuations and accommodative central banks.

That benchmark “is a market capitalization weighted index designed to define and measure the investable universe of publicly-traded companies domiciled in developed countries outside the United States,” according to State Street.

There’s enthusiasm for SPDW as highlighted by Morningstar recently upgrading the fund to Gold from Silver. Gold is the highest rating the research firm gives to ETFs.

“The portfolio’s exceptional diversification mitigates the impact of holding the worst-performing names,” said Morningstar in a note. “It owns more than 1,800 stocks and has only 9% of assets in its 10 largest names. Its regional composition looks modestly different from a typical fund in the category because it excludes emerging-markets stocks. But stocks from these regions account for about 6% of a typical peer’s portfolio, so ignoring them shouldn’t have a significant long-term impact on the fund’s category-relative performance. Its inclusion of small-cap stocks further improves diversification since many of these firms are more closely tied to their local economies.”

Twenty-six countries are represented in SPDW with Japan and the U.K. combining for almost 28%. France and Canada combine for 17%.

With its 0.04% fee, SPDW is also one of the cheapest ETFs in the international category and that’s meaningful for long-term investors.

“The fund has posted solid performance over the 10 years ended in November 2019. During this period, it managed to beat the category average by 62 basis points annually while outperforming about two-thirds of its category peers. The fund’s expense ratio ranks among the lowest in the category and should continue to provide a strong advantage,” according to Morningstar.

SPDW, which is up nearly 20% year-to-date, allocates 34% of its combined weight to financial services and industrial stocks while consumer cyclical and healthcare names combine for 21.40%.

“This portfolio captures a majority of the available foreign market capitalization,” said Morningstar. “It effectively diversifies stock-specific risk, with only 9% of assets in its 10 largest holdings. This also causes the portfolio to look similar to the average of its category peers in certain ways. Sector weightings look comparable, with financial and industrial stocks collectively representing one-third of the portfolio.”