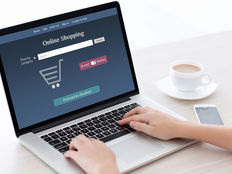 With the end of year holiday rally continuing to drive stocks to new highs, markets continue to amass new records, as the S&P 500 has climbed 2.9% this month and 8.6% this quarter, bringing the year-to-date wins to 29%.

While most of America is back to work or out returning unwanted holiday gifts and shopping for post-holiday deals, the Dow Jones Industrial Average marched about 60 points higher, as the S&P 500 rallied 0.3% to a fresh all-time high. Meanwhile, the Nasdaq Composite reached 9,000 for the first time ever.

Amazon drove many of the gains, running up an impressive 3% after the tech giant claimed that aggressive holiday shopping this year smashed all records. With many investors and traders out of town however, trading volumes are expected to remain thin this week, and into New Year’s.

“Stocks look like they just won’t quit. The rally is for real,” Chris Rupkey, chief financial economist at MUFG, said in a note Thursday. “The economy’s engines continue to hum.”

Starting Off On A Strong Note

U.S. markets and stock ETFs started off the Christmas holiday-shortened week on a strong foot, pushing toward a new record on Monday.

The equity markets continued their rally toward record highs after President Donald Trump said an initial U.S.-China trade accord could be signed soon, Reuters reports.

Stocks typically get a boost this time of the year during the now notorious Santa Claus rally period. In the final five trading days of the year and the first two tradings days of the new year, the S&P 500 has posted a 1.3% gain on average since 1950, according to the Stock Trader’s Almanac. While 2018 was an exception to the famed rally, 2019 looks to be back on track for positive year-ending gains.

“The number one comment we hear from investors is: I wish I could take some of this year’s performance and put it next year because I just don’t think next year is going to be as good,” Guy Stear, head of fixed-income research at Société Générale, told the WSJ.