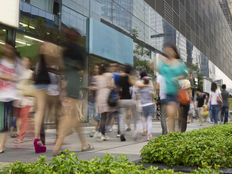 As efforts to contain the coronavirus in China are ramping up, the efforts are being reflected in retail sales, which have ticked higher thanks to more consumer demand. As such, this, in turn, should hopefully give China exhange-traded funds (ETFs) a boost, allowing bargain-hunting investors to take advantage of low prices amid the panic-stricken capital markets.

“China’s retail sales have picked up amid efforts to contain the outbreak of novel coronavirus disease (COVID-19) and strengthened consumer demand, an official said Thursday,” per a China.org.cn report. “Average daily sales of 1,000 retail companies monitored by the Ministry of Commerce (MOC) climbed 5.6 percent in late February from mid-February, the first increase since late January, MOC official Wang Bin told a press conference.”

“Auto sales jumped 14.8 percent from mid-February, while telecommunications gadgets and home appliances edged up 11.7 percent and 11.1 percent, respectively,” the report added. “Effective epidemic prevention and control measures, work resumption on a larger scale, along with pent-up demand being released, have helped push up retail sales, according to Wang. Market sales will continue to improve once the epidemic is contained, said Wang.”

China equity indexes have obviously taken a hit since the start of the year as evidenced by the MSCI China index below. A downward sloping trend is apparent, but bullish China investors hope it represents a bottom–an opportunity to get in on China ETFs for a low price.

China ETF Options to Look At

While companies can gain access to the largest companies in China via the broad-based iShares China Large-Cap ETF (FXI A-), there is one caveat–the majority of the holdings in the guts of the ETF consist of state-owned enterprises where the government prevents full autonomy of these companies.

As such, one ETF to consider is the Xtrackers Harvest CSI 300 China A ETF (ASHR C+) as a way for investors to gain exposure to China’s biggest, best and most authentic equities. ASHR seeks investment results that track the CSI 300 Index that is designed to reflect the price fluctuation and performance of the China A-Share market. In essence, it’s composed of the 300 largest and most liquid stocks in the China A-Share market, including small-cap, mid-cap, and large-cap stocks.

Without a majority of its holdings in state-owned enterprises compared to FXI, ASHR provides a more authentic and diversified representation of gaining access to the world’s second largest economy.