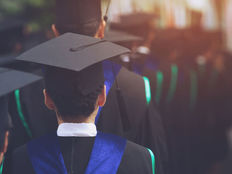 The December 2018 rebalance of the S&P 500 Dividend Aristocrats added four new companies, with the changes effective at the open of Feb. 1, 2019. The new firms are Caterpillar Inc., Chubb Limited, People’s United Financial Inc., and United Technologies Corp. These four companies have the distinguishing characteristics that allow them to be eligible for inclusion in the S&P 500 Dividend Aristocrats.

The S&P 500 Dividend Aristocrats is designed to measure the performance of S&P 500 constituents that have a record of increasing dividends every year for at least the past 25 consecutive years. The index now comprises 57 securities.

On average, the S&P 500 Dividend Aristocrats is less volatile than the S&P 500, as exhibited by a beta of 0.8.1 Two of the newly added members displayed a similar trend of lower beta compared to the S&P 500 (during an analysis period from May 2005 to February 2019).

Our previous study shows that the S&P 500 Dividend Aristocrats outperformed the S&P 500 about 71% of the time when the benchmark was down 3 (during an analysis period from Jan. 31, 1990, to Dec. 31, 2018). In this context, we looked to see if the new constituents were also featured in other factor indices such as the S&P 500 Low Volatility Index and the S&P 500 Low Volatility High Dividend Index. As shown in Exhibit 3, two of the four newly added members have also exhibited low volatility along with high dividend yield characteristics, and they are a part of the respective S&P Factor Indices.

The addition of 4 new members brings the number of securities in the S&P 500 Dividend Aristocrats to 57. Of the new additions, 3 are well-established companies, each with over 75 years of corporate history. The newly added constituents have shown trends of higher dividend yields similar to the other constituents of the S&P 500 Dividend Aristocrats. The new members have also provided Sharpe ratios higher than or similar to their corresponding S&P 500 sector indices during the analysis period.