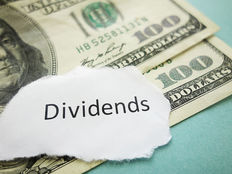 These Four Dividend Stocks May Power NOBL in 2020

The ProShares S&P 500 Aristocrats ETF (NOBL A-) is home to 57 dividend-paying stocks, which are weighted equally, but four could power the fast-growing ETF to another solid annual showing in 2020.

“But by increasing its production, the company can grow its profits going forward, even if oil prices never reclaim the 2014 highs,” reports Forbes. “Last quarter, Exxon grew its upstream liquids production by 5%. Production growth in the U.S. is focused on the Permian Basin, one of the highest-quality oil fields in the country. And, as a global super-major, Exxon can generate growth from rising international demand for oil and gas.”

AbbVie (ABBV) is an example of a NOBL component with strong earnings growth as marquee products “have helped AbbVie continue to generate strong earnings growth, even in a difficult time when its major product is seeing intensifying competition. AbbVie increased its adjusted earnings-per-share by 9% last quarter, and by 12% over the first three quarters of 2019,” according to Forbes.

Dow component Walgreens is the subject of takeover talk, but even if that NOBL constituent isn’t acquired, it can still bolster the ETF’s fortunes this year.

“But even if Walgreens does not go private, we believe it could generate strong total returns for shareholders,” reports Forbes. “First, while the company has had a rough few years due to a difficult environment for retailers, it is working aggressively to turn itself around. The entire pharmacy retail industry is dealing with the possibility that e-commerce giant Amazon would enter the industry. Complicating matters further is that Amazon’s $753 million acquisition of online pharmacy PillPack would be its Trojan horse for entering the market.”