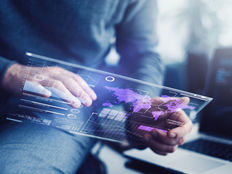 Value stocks and ETFs showed some signs of life against their growth rivals last month, but despite that modest resurgence, value still remains historically inexpensive.

Value investing is a popular long-term investment strategy. Value stocks have historically outperformed growth stocks, or companies with high earnings expectations, in almost every market over the long-haul, but that has not been the case for more than a decade.

It’s common to see secular-growth stocks outperform during periods when broad economic growth is slipping or during the late economic cycle. However, some observers argued that investors are simply joining the crowd in the most popular stocks this time around.

“A measure of value versus growth across developed markets just slumped to its lowest since 1975,” reports Justina Lee for Bloomberg. “That marks more than four decades since shares dubbed inexpensive traded at such depressed levels versus those with the best earnings growth.”

Obviously, value stocks are classified that way because they trade at discounts relative to other factors, such as growth, size, etc., but the current valuation anomaly is extremely rare by historical standards.

“A similar story for value versus low-volatility stocks is prompting JPMorgan Chase & Co. to declare a ‘once-in-a-decade opportunity’ to bet on the unloved factor,” according to Bloomberg. “The yawning gulf represents ‘the largest relative valuation bubble in modern equity market history,” bank strategists wrote in a recent note.’”

“Some generational perspective might indeed be in order for investors who have thrown in the towel. When value stocks plunged to similar levels versus growth at the height of the dot-com bubble in 2000, they went on to surge more than 50% against their opposing cohort in the next 12 months, MSCI indexes show,” according to Bloomberg.