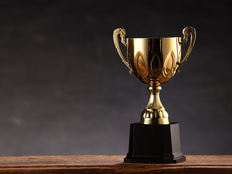 There are winners and losers from the Fed’s rate cut, the first in more than a decade – and U.S. and global investors now need to revise their portfolios, warns one of the world’s largest independent financial advisory organizations.

Mr. Elliott comments: “The Fed’s first rate in more than a decade had been widely expected, yet divides the markets’ opinion.

“U.S stocks have taken heart from a recent upturn in domestic economic data and from the prospect of the Fed and other central banks easing monetary policy over the coming months.

“This, it is argued, will help the current cycle of U.S. and global economic growth.

“However, the U.S Treasury market, is indicating that a recession is around the corner. The inverted Treasury yield curve is cited as ‘exhibit number one’ for this thesis.”

“Today’s decision by the Fed to cut rates suggests that while the policymakers believe the economy is looking in good shape, there are also some growth headwinds on the horizon and inflation is low, so a rate cut will act as a buffer.

He continues: “Where does this leave for U.S. and international investors?

“Investors can incorporate both opinions into a portfolio by owning growth-sensitive stocks and misery-loving government bonds. This multi-asset approach is standard amongst long-term investors.

“Specifically, the rate cut will put further downward pressure on the U.S. dollar, with the Yen, Swiss franc and Euro likely to rise against the greenback.

“Emerging stock markets should gain the most from lower Fed rates and a weaker dollar, since the massive U.S. dollar debt many emerging market companies took on in the early years of this decade becomes cheaper to service and repay in local currency terms.

“U.S. exporters should also benefit, plus the battered British Pound may get some near-term relief from a Fed rate cut, particularly as the Bank of England seems unlikely to be cutting its own benchmark rates any time soon.”

Mr. Elliott concludes: “U.S. and global investors now need to revise their portfolios to ensure that they are best-positioned to take advantage of opportunities and mitigate the risks as we enter what is likely to be a new era of rate cutting for the Federal Reserve.”

President Trump is angry and financial markets are disappointed with the Federal Reserve’s statement on interest rates yesterday – but the Fed Chairman made the right call, affirms the boss of one of the world’s largest independent financial advisory organizations.

The comments from Nigel Green, founder and CEO of deVere Group, comes as markets have been rocked at Chairman Jay Powell’s suggestion that the U.S. central bank’s first rate cut in a decade does not necessarily mean it will be followed up with an aggressive rate-cutting program.

Donald Trump lashed out at the Fed’s decision via Twitter.

Mr Green notes: “The markets have been left reeling by the hawkish approach taken by Powell as they had largely priced-in two more rate cuts this year based on previous signals by the Fed.

“Powell appeared to brush off concerns of a serious downturn within the next 18 months that the inverted yield curve is suggesting. But it’s a tough call for Powell, when recent economic data has been fairly decent.

“Do they conduct their monetary policy based on economic data, or what the bond market bullies them into?

“It seems to be an unpopular view, but I believe the Chair made the right call in the current climate.”

“The markets want central bankers to give a clear forward path for rates, not nuanced, complex messages. But they should not necessarily expect this to happen.”

He continues: “As they often do, the markets have given a knee-jerk reaction to something they were not expecting. But if you read between the lines, the Chair’s statement is, in fact, fundamentally more dovish than the markets have so far recognised.

“I believe once this sinks in, it will be acknowledged accordingly by the markets.”

The deVere CEO concludes: “The Fed is dismissing angry calls by the President and has ignored market expectations, thus far. Whatever happens in this current climate, those investors with a multi-asset, long-horizon approach are best positioned to reap the benefits and sidestep the risks.”