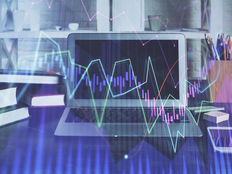 Year two of the COVID-19 pandemic brought the beginnings of global economic recovery and with it a whole host of problems, from supply chain issues to historic inflation. Victor Zhang, chief investment officer for American Century Investments, discusses his outlook for Q1 of 2022 and beyond in a recent paper.

Inflation has been pushed ever higher by supply chain bottlenecks, wage growth, rising energy prices, and fiscal and monetary stimulus, with the CPI reporting 6.2% inflation in October, the highest in two decades. The global fixed income team at American Century anticipates that inflation will recede and fall back to somewhere under 3% in 2022, a vast improvement over current figures but a far cry from the sub-2% levels that markets have been operating in for many years.

Concerns around inflation have become a key focal point for companies, with FactSet reporting a record high of companies within the S&P 500 discussing inflation on their most recent earnings calls. Companies are facing a tight labor force and ever-increasing wages in an attempt to find workers as industries across the board report worker shortages due to the pandemic.

Thus far, companies have managed to maintain their margins by raising their prices to compensate, with two-thirds of major U.S. companies reporting higher profit margins in the third quarter than pre-pandemic. It’s a balancing act that many analysts don’t see continuing, instead expecting a reduction in margins in Q1 and Q2, but American Century has a differing perspective.

“We think forecasts that margins will shrink during the next two quarters are too pessimistic. In our view, businesses willing to test the limits on how much they can raise prices before losing customers could maintain healthy profit margins,” Zhang writes.

The Fed has signaled that tapering will happen more aggressively than originally planned, thereby bringing up the date for potential interest rate increases to earlier in the year. Before the central bank ever discussed tapering plans, the yield on the 10-Year Treasury note had risen; American Century anticipates that it should settle between 1.75–2%, thus increasing borrowing costs and making bonds more attractive.

Globally, the European Central Bank is holding interest rates steady at 0% and has committed to not raising interest rates until inflation stabilizes around 2%. Emerging market countries do not have the same choices, though, and many are increasing their interest rates to stave off currency devaluations brought on by inflation.

American Century anticipates that 2022 will bring a leveling off and return to more pre-pandemic patterns for the global markets and economy, mixed in with periods of volatility centered around COVID surges. It’s an environment they see active management performing well in.

“We believe active security selection will make a difference under these conditions. For example, rising inflation highlights the importance of identifying companies with strong competitive positions and enough pricing power to pass along higher costs to their customers,” Zhang writes.

For investors, Zhang recommends investing in companies that already have significant cash flow instead of those where cash flow is tied into future performance. For bond allocations in portfolios, Zhang also recommends short-duration corporate bonds over government securities, due to their higher yield, as well as short-duration securities that have built-in inflation protections to provide mitigation from interest rate risk and inflation.