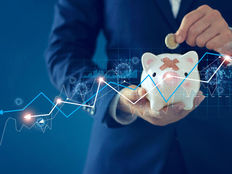 Be Proactive With Equity Investments Amid a Recession

The Commerce Department’s recently released GDP numbers are fanning fears that the U.S. economy may already be in a recession. Gross domestic product fell at an inflation and seasonally adjusted annual rate of 0.9% in the second quarter. This comes after the broad measure of goods and services produced across the economy contracted at a pace of 1.6% in the first three months of 2022.

The common (which is to say, unofficial) definition of a recession is when the U.S. economy shrinks for two consecutive quarters. While this isn’t the official definition — the National Bureau of Economic Research’s Business Cycle Dating Committee considers factors including employment, output, retail sales, and household income before making the official designation — this still has economists and investors worried.

The Wall Street Journal quoted ING economist James Knightley as saying that inflation, equity markets, and a deflated housing market “reinforces the feeling that it’s only a matter of time before we’re in a proper recession.”

Whether or not the U.S. economy is approaching a recession, or is already in one, equity investors may want to take a more proactive approach navigating choppy waters. That’s where Avantis Investors can help.

AVUV is an actively managed ETF that seeks long-term capital appreciation by investing primarily in U.S. small-cap companies. It is designed to increase expected returns by focusing on firms trading at what are believed to be low valuations with higher profitability ratios.

Meanwhile, AVDE identifies securities with expected high returns based on market prices and other company information. The fund primarily invests in a diverse group of companies of all market capitalizations across non-U.S. developed market countries, sectors, and industries, emphasizing investment in companies believed to have higher expected returns.

AVLV invests in a range of U.S. large-cap companies and seeks companies that are trading at low valuations with higher profitability ratios.

AVUS invests primarily in a diverse group of U.S. companies of all market capitalizations, across sectors and industries, emphasizing investment in companies believed to have higher expected returns.