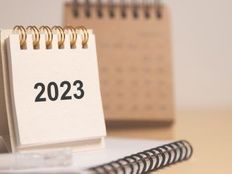 2023 is just around the corner, and investors of all stripes are considering how to position themselves in what looks to be quite a volatile year already. Not only does a recession loom next year, with CEOs feeling increasingly worried, but also the Fed may be crafting a regime of higher rates for a longer period. For investors looking for the right strategy for 2023, consider an active core bond ETF like the Avantis Core Fixed Income ETF (AVIG B) from Avantis Investors, a brand by American Century Investments.

The jump in yield and interest rates are poised to make 2023 good year for fixed income, with continued inflows towards bonds and away from equities, according to Morgan Stanley’s global head of fixed income and quantitative research Vishwanath Tirupattur. Meanwhile, while stock markets remain volatile, long term interest rates have stabilized according to Infrastructure Capital COE Jay Hatfield, bolstering the case for bonds as a less volatile alternative to equities.

AVIG actively invests in a broad range of investment-grade debt from issuers around the world, from corporations as well as governments. The active core bond ETF targets bonds that expect high returns by analyzing each bond’s expected income and capital appreciation, after which it breaks the securities down into categories and picks out the best based on yield, duration, and option adjusted spreads.

AVIG aims for a weighted average maturity within two years of the weighted average of the Bloomberg US Aggregate Bond Index, while the ETF also can invest in credit default swaps and total return swaps. It charges just 15 basis points for its management, a relatively cheap fee, with AVIG adding $31 million in net inflows over one month and $6.3 million over five days.

Investors on the lookout for the right places to allocate to fixed income next year have a lot of options across the bond spectrum. For those investors looking for an active strategy that has a broad remit to invest in debt securities, AVIG could make for a solid candidate entering the new year.