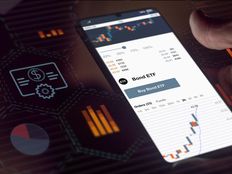 With inflation persisting, the odds that the Federal Reserve will pivot from its aggressive monetary tightening are low. With the Fed expected to continue raising interest rates, analysts expect that the economy is headed for a hard landing. Even Fed Chairman Jerome Powell suggested as much last month.

With the two-year Treasury yield climbing to 4%, the fixed income market has signaled that it expects the U.S. central bank to raise rates by another 75 basis points at least one more time.

“The Fed’s resolve reflects the central bank’s concerns about persistently high inflation,” wrote Charles Tan, senior vice president and co-chief investment officer for global fixed income at American Century Investments. “Policymakers have suggested they will continue to tighten U.S. financial conditions to restrain inflation, regardless of the near-term negative effects on the economy.”

While inflation is expected to cool down over the next few months as the Fed continues its tightening efforts, inflation is still likely to persist and remain higher than the Fed’s target for some time.

Treasury yields, including the benchmark 10-year yield, have soared to multiyear highs. However, the market has largely priced in future rate hikes, suggesting Treasury yields may be nearing their peak. If and when Treasury yields stabilize, volatility among high-quality bonds is also expected to moderate.

AVIG offers an active exposure to a broad range of investment-grade debt securities from both U.S. and non-U.S. issuers. Securities may include those issued by corporations or governments and their agencies, instrumentalities, or sponsored corporations, including supranational organizations.

AVIG seeks bonds with high expected returns through a process using an analytical framework in which each bond’s expected income and capital appreciation are assessed. Fund managers categorize the portfolio’s universe into component groups based on industry sector, credit rating, duration, country, and currency. Then, each group’s expected return implied by the yield curve is calculated, while considering valuation metrics such as yield, duration, and option-adjusted spreads.

AVSF, meanwhile, invests primarily in investment-grade quality debt obligations from a diverse group of U.S. and non-U.S. issuers with shorter maturities. The fund’s portfolio managers seek bonds with high expected returns through a process that uses an analytical framework, which includes an assessment of each bond’s expected income and capital appreciation.

AVSF, which carries an expense ratio of 0.15%, aims for a three-year average maturity.