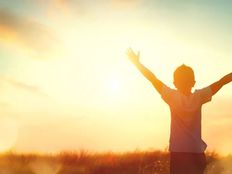 Value equities are shining this year, providing support to an array of exchange traded funds, including some new kids on the block.

With that in mind, value investors may want to give the Avantis U.S. Large Cap Value ETF (AVLV B-), which came to market last September, a look. In fact, today’s environment of rising interest rates and soaring inflation could make AVLV an ideal near-term consideration.

“If you think about investing time horizon, the expectation is that a value stock will return capital to shareholders faster than a growth stock,” according to BlackRock research. “This is because, by definition, much of the expected cash flows from lower-multiple (value) stocks is front-end loaded. Conversely, growth stocks are considered longer-duration assets with expectations of greater cash flows further into the future.”

AVLV, which attempts to beat the Russell 1000 Value Index, is actively managed, and that could be beneficial because the fund’s management can seek valuation opportunities that rival index-based strategies miss. There’s some evidence that AVLV is already doing that, as the fund is noticeably overweight on tech stocks and significantly underweight on financials — a pillar of many value ETFs — relative to its benchmark.

Additionally, AVLV has favorable history on its side because nearly a century’s worth of market history indicates that value stocks thrive when inflation is high.

“In an analysis of growth versus value using data since 1927, we found value has achieved greatest outperformance in periods of moderate to high inflation. It is only when inflation was very low that value performance paled,” adds BlackRock.

As noted above with financials, some value funds are overweight on a small number of sectors, and those groups might not always be the ones with positive correlations to surging inflation. That is to say, a value ETF’s sector weights are points for investors to consider.

“While we don’t see high inflation persisting for the extended length of time that it did five decades ago, we see some sector-level patterns that could repeat (or rhyme), and others where it is less likely,” concludes BlackRock.

For the current environment, the asset manager is constructive on financials, industrials, materials, and utilities stocks. Good news for investors considering AVLV: The fund allocates about a third of its weight to that quartet of sectors. AVLV’s largest sector exposure is consumer discretionary, a group BlackRock is neutral on.