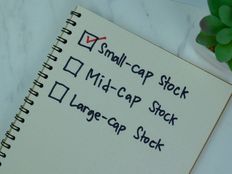 Small-cap stocks and the related exchange traded funds aren’t doing much worth bragging about in 2022, but those assets are outpacing large-cap counterparts, prompting a flurry of chatter that smaller equities could be leaders in 2023.

It remains to be seen what next year has in store for AVUV, but its 2022 showing could be a sign the small-cap value ETF is primed for leadership in 2023. As things stand today, value is on a two-year run of topping growth and that trend could continue next year.

“Value has outperformed growth by more than 20ppt over the past two years. Value can keep winning, as it did for most of the 20th century, as structural changes mean “higher lows” for inflation and interest rates,” according to Bank of America research. “We resist buying the dip in beaten down growth stocks. Growth outperformance of the past two decades is reversing as excess liquidity drains from the market, and value has more room to run. A reversion to long term norms implies >20% value performance from here, assuming growth stays flat.”

Looked at another way, with small-caps and value expected to outperform next year, AVUV and its active management style could be exactly what risk-tolerant, long-term investors are looking for. Plus, AVUV is doing something many actively managed small-cap ETFs struggle to do: Beat its benchmark. Over the past three years, the ETF is up 42.7%, more than triple the returns for the Russell 2000 Value Index over the same span.

Interestingly, AVUV could also prove resilient, or less bad if a recession arrives in 2023, which many economists expect will happen.

“An impending recession would typically imply large cap growth outperformance. Our equity strategists have recently noted, however, that value and small caps remained resilient as the Fed battled inflation in the 1970s. Jill Hall notes that small caps are already discounting a deep recession and expects outperformance amid elevated inflation, capex resilience, reshoring, and services > goods spending,” concludes Bank of America. “The past two decades of large cap growth outperformance have been an anomaly. An investor who bought $100 of small cap value in 1926 would have over $36mn today, compared to just $0.8mn from a similar investment in large cap growth.”