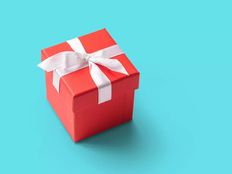 With the S&P SmallCap 600 Index down 12.61% year-to-date, it’s understandable that many investors aren’t excited about smaller stocks and the related exchange traded funds.

Increasing talk of a recession would appear to be an obvious headwind for small-cap equities, but some market observers think that if a recession arrives, small-cap names could prove more sturdy than large-cap ones. That could indicate the Avantis U.S. Small Cap Value ETF (AVUV) is an ETF worth keeping an eye on.

Interestingly, those asserting that small-cap stocks could be somewhat durable or at least less bad in a recession have historical data to support that claim.

“Contrary to history, it is true that small capitalisation stocks have recently underperformed as recession concerns weigh on investor sentiment in what can be seen as a generally risk-off backdrop for equities,” according to BNP Paribas.

As a value ETF, AVUV has some merit today because value stocks are trouncing growth rivals. In a recession, that tilt could be all the more important because it steers investors away from sectors that are weighing on broader small-cap funds this year, including communication services, healthcare, and technology. That trio combines for just 9% of AVUV’s weight, according to issuer data.

Add to that, AVUV is also light on defensive sectors, and that could be a good thing in a recession because if the economy contracts in earnest, inflation is likely to be one of the primary culprits.

“The perception is also that usually defensive sectors such as staples and utilities are finding it harder to manage and pass on rising transport, raw materials and labour costs. This has caused this typically safe-haven segment to underperform large-cap peers by 1 000bp over the same period,” added BNP Paribas.

AVUV has no utilities exposure and devotes just 5% of its weight to consumer staples stocks. There are other reasons to evaluate AVUV, including the ETF’s merits in non-recessionary climates because it’s possible the U.S. will avoid outright economic contraction.

“Looking at the historical behaviour of equities (S&P 500, sectors, styles, capitalisations) in times when the Fed is raising rates and taking into account our assumptions that over the next 12 months, growth will slow, that inflation will fall from the currently high levels, and that overall financial conditions will remain accommodative, we see the environment as favourable for small caps,” concluded BNP Paribas.

Regarding rising rates, AVUV can benefit on that front because it devotes 29% of its weight to financial services stocks. Second, as is being seen this year, rising rates often lift the dollar, and that’s relevant to small-cap investors because smaller companies are usually less export-dependent than their large-cap peers.