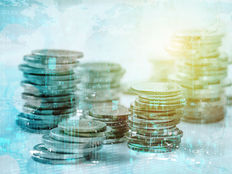 Value stocks and related exchange traded funds rose Friday as U.S. markets pushed toward their best week since March on renewed confidence in the economic expansion.

The equity markets have strengthened since the Federal Reserve signaled it would raise interest rates sooner than previously projected. Investors attributed the rebound to data pointing to an acceleration in the world economy, as well as optimism over the prospect of additional fiscal stimulus, the Wall Street Journal reports.

President Biden and a group of 10 centrist senators have come to a middle ground on a roughly $1 trillion infrastructure plan Thursday that would help fund improvements in the electrical grid, transit, roads and bridges, and other forms of infrastructure.

“We are still in a phase where we’re seeing the activity data still accelerate,” Hani Redha, a fund manager at PineBridge Investments, told the WSJ.

Nevertheless, the sideways market over the past few weeks reflected some underlying uncertainty over interest rates, inflation, and monetary policy.

“It is natural that you’ll see very mini wobbles from time to time,” Redha added. “But the fundamental support—that things are improving and the numbers are getting better—is going to dominate that.”

Investors interested in a targeted approach to the value segment can look to the American Century STOXX U.S. Quality Value ETF (VALQ B). VALQ’s stock selection process includes a value score based on value, earnings yield, and cash flow yield, along with a sustainable income score based on dividend yield, dividend growth, and dividend coverage.

The American Century Focused Large Cap Value ETF (FLV B) tries to achieve long-term returns through an investment process that seeks to identify value and minimize volatility. FLV holdings and value stocks usually trade at lower prices relative to fundamental measures of value, like earnings and the book value of assets.

Lastly, the Avantis U.S. Small Cap Value ETF (AVUV ), an actively managed ETF, seeks long-term capital appreciation. The fund invests primarily in U.S. small cap companies and is designed to increase expected returns by focusing on firms trading at what are believed to be low valuations with higher profitability ratios.