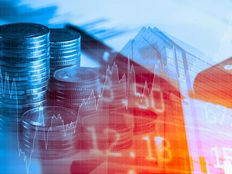 Weigh This Approach to Value Stocks

With value stocks exhibiting leadership this year, many investors are considering revisiting this beloved style of investing.

They’re also considering doing so with exchange traded funds, of which there are dozens claiming to be value offerings. With that expansive menu in mind, it’s also worth noting that not all value ETFs are twins. In many cases, they’re not even distant relatives.

Market participants searching for the combination of profitability and value under one umbrella may want to evaluate the Avantis U.S. Large Cap Value ETF (AVLV B-). AVLV, which debuted last September, is an actively managed ETF and seeks to beat the widely followed Russell 1000 Value Index.

“According to FactSet, there are 30 different U.S. large-cap value ETFs, compared with 10 midcap options, 16 small-cap choices and 20 for total market. For example, Vanguard, iShares and State Street Global Advisors all offer an S&P 500 Value ETF based on the large-cap index, which includes roughly 450 securities. (Other ETFs cover international value stocks.),” reports Ari Weinberg for the Wall Street Journal.

Most of those funds are passively managed. Generally, that methodology serves investors well and leads to low fees. For its part, AVLV is by no means expensive. An expense ratio of 0.15%, or $15 a year on a $10,000 investment, is favorable relative to the universe of actively managed value mutual funds.

Additionally, adding active management to the value mix could be a worthwhile endeavor today because some value stocks aren’t profitable companies, and those firms have strained balance sheets. AVLV’s attention profitability is meaningful at a time when investors are demanding that some level of quality accompany the value rally.

Owing to its active style, AVLV breaks with some of the traditions of passive value ETFs. Namely, the fund is significantly underweight to the financial services sector relative to its benchmark. Conversely, AVLV is significantly overweight to the energy and materials sectors — a trait that lends some inflation-fighting credibility to this conversation.

AVLV holds 203 stocks, and none of those components exceeded a weight of 2.93%. That’s a relevant trait because diversification, though overlooked at times, is an important feature in funds.

“But experts warn that the less diversified a value fund is, the greater chance it has of falling into a value trap,” according to the Journal.