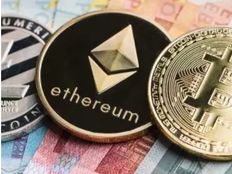 VanEck Files For First Ethereum ETF in US

On Friday, VanEck filed for the first ethereum ETF in the U.S., a companion application to their bitcoin ETF filing currently under review by the SEC.

That application, whose ruling has been pushed back until June at the latest, is one of 8 total bitcoin ETFs before the Committee.

See also: The Race to the First Bitcoin ETF

The proposed VanEck Ethererum Trust, which would trade on the Cboe, would track the MVIS CryptoCompare Ethereum Benchmark Rate, an index developed by a VanEck affiliate that bears a lot of similarity to the rate underpinning VanEck’s potential bitcoin ETF.

The benchmark would aggregate median prices from the most liquid, lowest risk five Ethereum exchanges worldwide. These prices would then be weighted by volume.

The five starting exchanges include Bitstamp, Coinbase, Gemini, itBit, and Kraken. Adjustments to the exchange line-up are made twice yearly.

At time of filing, there was no listed custodian.

In their filing, VanEck and MVIS point to the continued maturation of the crypto market, arguing that “the ETH market has matured such that it is operating at a level of efficiency and scale similar in material respects to established global equity, fixed income and commodity markets.” As evidence, they point to the launching of futures contracts for ether; foreign-domiciled ether ETFs; a vibrant market maker community for the cryptoasset; and the ability of national banks to provide custody services.

The Rise of Ether

Ether is the second most popular cryptocurrency after Bitcoin, is the transactional token carried by the Ethereum blockchain, a programmable blockchain that has monetary and decentralized finance (DeFi) applications, including NFTs.

The cryptocurrency has been performing exceptionally well as of late, outstripping gold, bitcoin, and other store-of-value assets.

See also: Ethereum Soars But Is It Better than Bitcoin? Gold?

Although VanEck’s filing is the first of its kind in the U.S., four ether ETFs have already launched in Canada since mid-April, along with monstrous trading volumes.