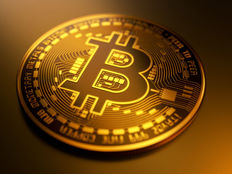 After waiting for years for a bitcoin ETF, the world’s largest cryptocurrency rallied over 4% to just shy of $67,000 by noon ET, smashing a prior record of $64,899 that was established in mid-April.

Analysts were optimistic about the cryptocurrency’s prospects, noting that bitcoin should ideally hold above the recent highs to have an opportunity for additional upside.

“The key here is whether we are able to establish support above $65,000. If we can, the classic Q4 crypto rallies we’ve seen in most years could take bitcoin towards some of the loftier price predictions we’ve seen over the past several months. If sell pressure takes over, though, our next leg up could take a while to materialize,” said Jesse Proudman, CEO of crypto robo-advisor Makara.

Veteran trader and billionaire investor Paul Tudor Jones also had bullish comments, referring to the crypto as his preferred inflation hedge over gold.

The Securities and Exchange Commission (SEC) approved the new ETF, known as the Proshares Bitcoin Strategy ETF (BITO), as futures-based, which means that prices are derivative, based on the underlying BTC price. While this is somewhat different than what ETF investors may have imagined, it also makes the fund more involved and costly to own than holding bitcoin outright.

But there are rumors that Grayscale Investments and the New York Stock Exchange are looking to convert the world’s biggest bitcoin fund into a spot-based ETF, taking advantage of the current momentum around the new fund and a regulatory environment that appears to be more supportive of cryptocurrency.

“The daily correlation of BITO to spot Bitcoin is going to be almost perfect,” Eric Balchunas, senior ETF analyst at Bloomberg, told Yahoo Finance Live, even if BITO will probably miss the price of bitcoin by 5–10% over the course of a few years, he added.

“Advisors probably won’t buy it,” said Balchunas. “Its going to get exciting but that excitement will be driven by traders, not longterm investors.” A number of companies have attempted to get approval for a crypto ETF, and bitcoin has had adoption from Elon Musk and has been used as legal currency in countries like El Salvador, resulting in a volatile history for related crypto companies.

Just last month, bitcoin saw a 16% drop when El Salvador officially became the first country in the world to accept bitcoin as legal currency. The Central American country’s bitcoin law went into effect on September 7th, following the long holiday weekend for the United States, and permits Salvadoran citizens to buy and sell using the cryptocurrency in physical and online shops. Consumers can opt for a government-run Chivo wallet app on their phones to make purchases and control their funds.

While bitcoin competitors like Ethereum rode the momentum and rallied over 6% to cross back over the $4,000 level on Wednesday, not everyone in the crypto market was satisfied.

Investors have been anxious for a fund that is based on spot prices and could therefore better serve retail investors as opposed to traders. However, the SEC chose to approve BITO first because futures-based products are governed by a 1940s law act that gives investors a higher degree of protection.

Grayscale remains optimistic that the futures-based ETF will chart a path for a spot product. But for now, Balchunas remains skeptical, given that SEC Chair Gary Gensler appears less interested in the spot ETF for bitcoin because it falls under a 1933 securities provision which offers less investor protection.

“Gary Gensler just isn’t really comfortable with the 1933 act,” said Balchunas. Referring to the possible timeline for offering for a bitcoin spot ETF, he added: “If you forced me to pick a date for that I would probably go with a year to eighteen months.”

“More products are great, but I just don’t see the point of investing in futures-based bitcoin ETFs when you can buy the asset in the spot market,” said Jodie Gunzberg, managing director of CoinDesk Indexes. “It’s not like oil or cattle that is impossible to hold physically for most investors. It’s more like gold that can be easily held. Except the cost is more like oil.”

Despite the concerns, it’s a remarkable accomplishment for the still infantile crypto industry, which has long been pushing for greater acceptance of bitcoin and other digital currencies from financial experts.

“The ETF presents a disruption to what is available in the marketplace today,” said Karan Sood, CEO and managing director of Cboe Vest, a financial advisory platform in McLean, Virginia. “That’s what investors are excited about.”

While BTO is a landmark achievement, investors who may still be wary of investing in cryptocurrencies can still opt for funds like the Invesco Alerian Galaxy Blockchain Users and Decentralized Commerce ETF (BLKC). Here, they can participate in the disruption without taking on any undue risk by investing in the technology itself.

Exposure to the sector also doesn’t just have to come from owning tokens. The infrastructure around the sector has explosive growth potential, which makes VanEck Vectors Digital Transformation ETF (DAPP) a great option for investors interested in gaining exposure to technology equities and the cryptocurrency market. DAPP utilizes the MVIS Global Digital Assets Equity Index and tracks the performance of companies participating in the digital assets economies.